Share All sharing options for: Making the Calder case for Drew Doughty - ESPN 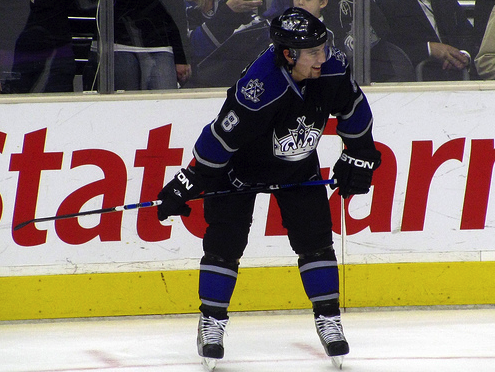 "Drew Doughty is a special, special player," an NHL coach told ESPN.com. "To me, he's a young Scott Niedermayer."

That might sound a little like hyperbole, but what's impressing so many people around the league is how Doughty has stepped into the NHL at age 18 and played the toughest position to learn at that level. Defensemen simply don't come into the game at that age and play that many minutes and succeed. Doughty, who turned 19 in December, leads all NHL rookies with just less than 24 minutes of ice time per game.

"The problem with Drew is that the things that make him special aren't highlight-reel things," Kings GM Dean Lombardi told ESPN.com. "I was talking to Harry Sinden at the GMs meetings about this kid, and he was a little skeptical. I said to him, 'I haven't seen a Canadian defenseman like this in a while, in terms of seeing the rink.'

"Then we were in Boston [March 19], and Harry called me between the second and third period, and said, 'Holy smokes, I see what you mean. That kid is special.'"

via Making the Calder case for Drew Doughty - ESPN.

Once you've coached Bobby Orr to a couple of cups, the bar for teenage defensemen is set pretty high.