Share All sharing options for: Helene Elliott Shows You How to Insert Judgmental Bulls**** Into Theoretically Objective Reporting 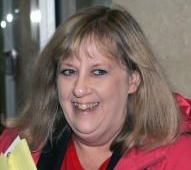 Sharks center Joe Thornton found a heart, the Ducks lost a chance to pull off an upset and the teams' playoff series became a lot more interesting -- and at least one game longer.

Thornton, conspicuous in the first four games only for his indifference, showed a new and fiery side Saturday. With the top-seeded Sharks one goal from elimination he threw the puck in front of the net for Patrick Marleau to prod past Jonas Hiller at 6:02 of overtime, which gave the Sharks a 3-2 victory and cut the Ducks' series lead to three games to two.

via Thornton comes up big for the Sharks - Los Angeles Times.