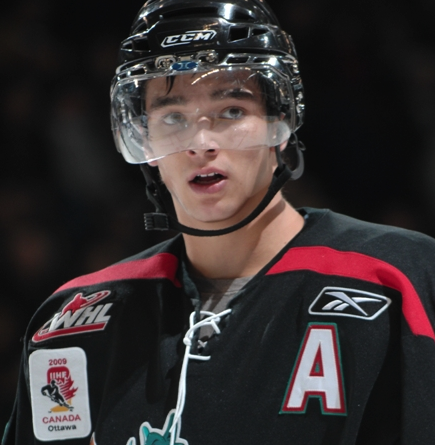 Cody Almond. Had to look him up. Property of the Wild. Drafted 140th overall in 2007. This kid blocked no fewer than four shots in one loooong five-on-three power-play, including one off his head and another in which Loktionov had faked everyone in the stadium out of their socks before dishing off to [player TBD] in the slot who proceeded to fire the puck into Almond's stomach (Almond was somehow anticipating this pass and shot and was somehow-somehow lying flat on the ice in time to absorb the puck). I'm not saying he is any kind of shoo-in for anything, or that Lombardi screwed up by picking Josh "Podge" Turnbull four picks ahead of Almond. But, damn. That was amazing.