Share All sharing options for: I think Hossa will want to sign a dirt-cheap contract with the Wings 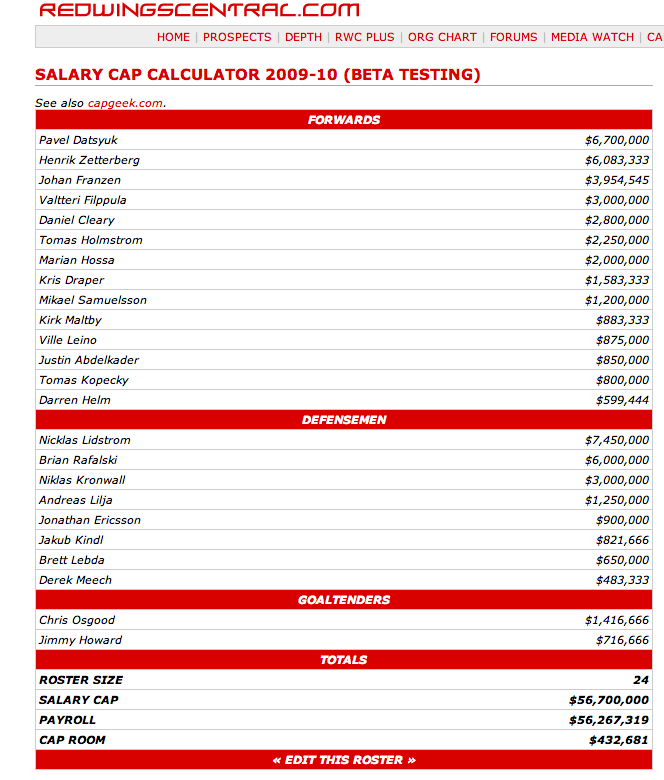 ...but will it be cheap enough to allow the Wings to hold onto Samuelsson, Hudler, Stuart and/or Kronwall? I used the cap generator to see. If Hossa signs for $2MM (extremely unlikely, but possible), if they cut Hudler loose, and trade Stuart, they can squeeze under the cap. Unless the cap goes down. Which it might. In which case, they would have to deal someone else. Holmstrom, I'm thinking (it has to be someone with a significant salary, otherwise it doesn't help). In any case, the Hossa question is about to come to a head. Maybe he'll sign for $1MM. Previously, Holland said he wants Hossa back but might not be able to afford it. I wonder what his magic number is, where it's worth it to Holland to sign him. I wonder if Hossa's performance in the playoffs has changed the calculus.