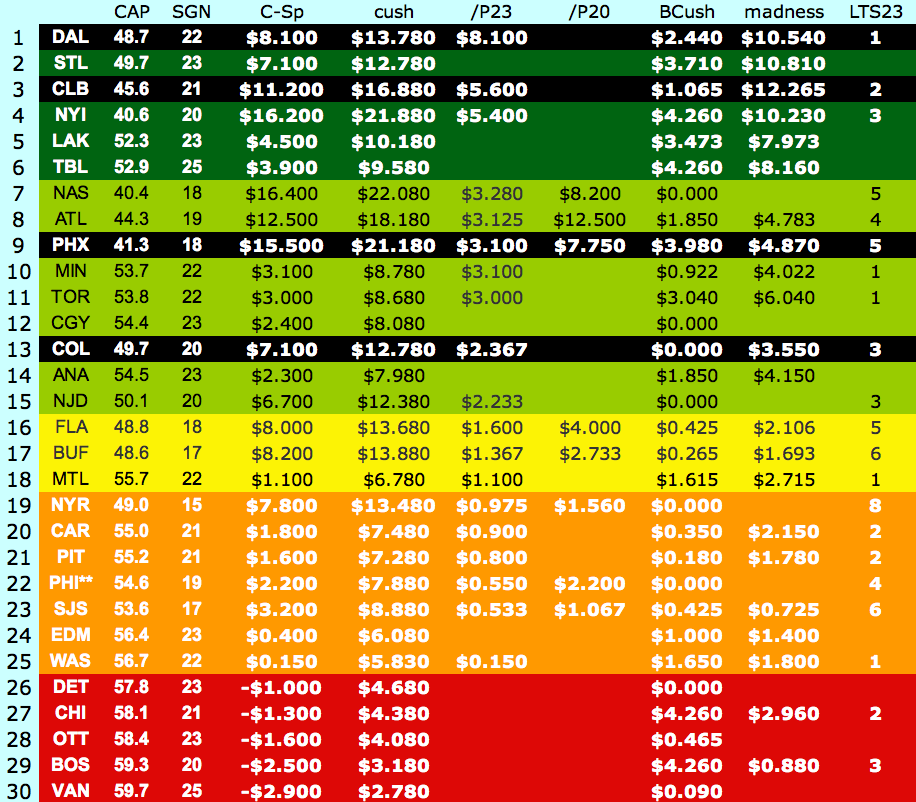 Some movement since last time. Vancouver (Thanks to the Schneider signing and the trade with San Jose) leapt into the lead in the red zone, at nearly $3MM over the cap with 25 players signed, all of them defensemen. So they're going to have to do something, I guess. OTT, BOS and CHI have held steady, because what else are they going to do (other than dump salary, I mean). Detroit has a new problem with Hudler possibly coming back to them at the worst possible time, causing them to have to either make room or trade his rights. Ottawa obviously hasn't moved Heatley, and if they don't they're going to have to move someone else. San Jose helped themselves by trading away some salary, but they've still got 3-6 players to sign with about $3MM to do it.