Overtime Episode 9 - This Week In Hockey

Share All sharing options for: Overtime Episode 9 - This Week In Hockey

Enough about Patrick Kane; on to more exciting stuff. The guys at KingsCast have put out a new Overtime Episode for Kings fans. There's talk of trade fodder for those who love them and an invitation to meet them at Frozen Fury in Las Vegas.

The date is September 26th at the MGM Grand for those of you still curiously not in the know. The Kings will be, once again, facing off against the Colorado Avalanche. Two season ago, the Kings won in the shootout; last season the Aves won in the shootout. What will this year hold?! 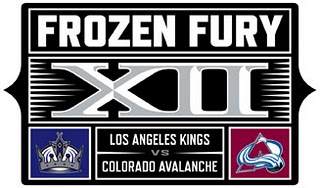