Share All sharing options for: I don't think the NHL or the refs understand what's in the rule book 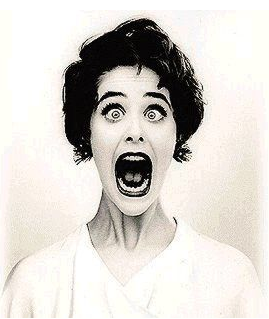 This post, when I ran it originally on 10/15, referred to that night's Kings/Rangers game. I am reposting it because, in light of the Red Wings non-goal scandal, I wanted to vent a little on the subject, then remembered I already had.

The noteworthy difference between the Kings/Rangers "goal" and the Wings/Stars "goal" is that the circumstances were the same but with exactly opposite outcomes. The original title of the post:

what the actual official rule book has to say about it

The play in question: the second goal in last night's Kings/Rangers game. The Rangers scored; the ref blew the whistle after the puck crossed the line; the ref waived off the goal; they reviewed it "upstairs"; they ruled it was a goal; the ref reported to Terry Murray that it was ruled a goal by the off-ice officials. Subsequently, everyone on earth noted that, supposedly, when the ref waives off a goal, it's not reviewable with respect to when the puck crossed the line, since the ref's decision is "final." Now...

...usually when people talk about the rules saying the ref's decision is final, they are referring to rule 32.2, which states:

32.2 Disputes - The Referees shall have general supervision of the game and shall have full control of all game officials and players during the game, including stoppages; and in case of any dispute, their decision shall be final.

[now the controversial and/or annoying clause:]

Clearly, the intent of this rule, and the thing that annoys a lot of people (including me), is that the ref's state of mind regarding when he intended to blow the whistle becomes the determining factor in the ending of every play. Thus, video review is not necessarily relevant in terms of showing that the whistle blew first or didn't. Because it might have blown first in the referee's mind. And the rules clearly state that the referee is the final arbiter of when the play really ended. Ref trumps video review. To wit, 32.2 continues:

In the event of any dispute regarding time or the expiration of penalties, the matter shall be referred to the Referee for adjustment and his decision shall be final. He may use the Video Goal Judge to assist in rendering the final decision.

Does this refer to the initial call?

Or after further rumination by the ref during the stoppage of play?

The rule does NOT say, "if the referee rules that" (present tense) but "if the referee has ruled that." "Has ruled" is past tense. One reasonable interpretation of the rule as written is that, once the referee "has ruled" that there is no goal, he cannot overrule himself. As in, "sorry, too late! If only we could go back in time, but we can't!" The rule does in fact literally say that whether or not the puck crossed the goal line before the whistle HAS NO BEARING ON WHETHER OR NOT IT'S A GOOD GOAL IF THE REFEREE HAS RULED that the play had been stopped. And he obviously ruled that the play had been stopped before the puck crossed the line, or else he wouldn't have blown the whistle in the first place, and given the "no goal" signal.

However, the "has ruled" wording makes no sense if you take it literally, because of "In the event of any dispute regarding time or the expiration of penalties, the matter shall be referred to the Referee for adjustment and his decision shall be final. He may use the Video Goal Judge to assist in rendering the final decision."

The matter shall be referred to the referee for adjustment. Therefore, there can be adjustment of the ref's initial call, at the ref's discretion.

[DRAMATIC PAUSE] THERE CAN BE AN ADJUSTMENT. OKAY? NO MATTER WHAT HE SAID DURING THE PLAY, HE CAN CHANGE HIS MIND. WITH REGARD TO "TIME," NO MATTER WHAT THE VIDEO PEOPLE TELL HIM, HE CAN OVER-RULE THEM.

And we're unambiguously talking about potential goals here, since the rules specifically refer to the ref being able to consult with the VIDEO GOAL JUDGE before rendering "THE FINAL DECISION" [caps mine]. Again, no other way to interpret this. There can be an adjustment of the initial call, leading to the ref's final decision. And that's supported by this:

Rule 39.4 (vii i) The video review process shall be permitted to assist the referees in determining the legitimacy of all potential goals (e.g. to ensure they are "good hockey goals").

So, in sum, it seems this whole "not reviewable" thing with regards to the refs blowing the whistle before the puck crosses the line ... is only true if the ref wants it to be. He has the discretion, according to the rules, to choose to review it and change his mind. Is there any other way to interpret this?

[in the original comments section was this exchange:]

The only thing missing is that the ref claims he had not waived off the goal and had made no ruling on the ice regarding goal/no-goal.

How that fits in here, I can’t say with confidence…

Well, if he’s unsure, he would simply make no signal at all and skate to the scorer’s table to initiate a review. The "no-goal" signal only makes sense in the context of a response to a play that appears to be a possible goal or to a player or players who think a goal has been scored. You don’t just make the "no goal" signal willy-nilly. In a sense, it’s an answer to a question. The question is "goal?" The answer: "NO!"

The ref clearly believed he had to pretend later that he didn’t signal no goal, which suggests to me that NO ONE understands what the words in the rule book actually say. Based on the ref’s reaction to his own obvious and really not disputable "no goal" signal, I must conclude that the ref thinks the rule is that if he waives it off, it makes it non-reviewable. But the rules don’t say this. As far as I can tell, the discretion is entirely the ref’s.

Now, I ask you: is it really possible that these people haven't read their own rule book, or don't understand what they've read? Because the words on the page don't mean what they think they mean.