Another Rise and Fall

Share All sharing options for: Another Rise and Fall

In another back-to-back the Los Angeles Kings win one and drop the other over the American Thanksgiving holiday. On Wednesday they won against the Edmonton Oilers (3-1) but lost to the Vancouver Canucks on Thursday (4-1). 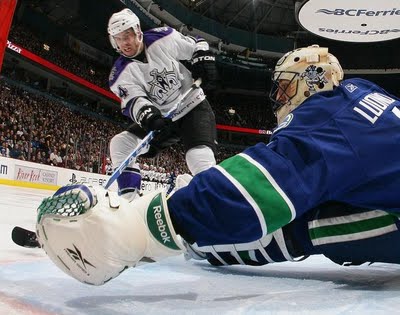 Since this weekend has altered my schedule a bit, I'm going to go back to the quick bullet-point style that I find so useful on this type of occasion. I hope everyone has had a great 4-day weekend because I definitely have.
That's all I got, folks. Thanks for stopping by. I truely appreciate it! Also, please check out the new episode of KingsCast titled Injury Bugged.