Share All sharing options for: Why Barry Trotz is Really Frank Zappa

The Canucks and arena staff are still searching for the fan who brought a laser pointer to the game Saturday against the Calgary Flames. A green beam of light was occasionally flashed into the helmet of Flames goaltender Miikka Kiprusoff, and it had Calgary head coach Brent Sutter fuming after his team's 3-2 shootout victory.

"If they do it [again], fans will have to wait because I'll pull my team off [the ice]," Predators head coach Barry Trotz said when asked if he was concerned about a repeat or copycat incident. "Everybody thinks they'll get their 15 minutes of fame. It's brutal."

via Trotz prepared to pull Preds off the ice over laser pointer - The Globe and Mail.

There was a Zappa/Mothers show about a quarter century ago in which someone in the crowd threw a cherry bomb on stage. Zappa stopped the show and said he would not play until the perpetrator was ejected. The fans turned on the perp, the guy was tossed and the show continued. 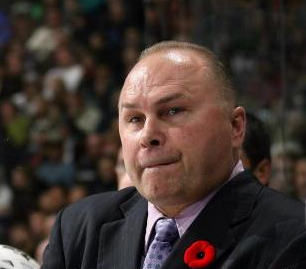 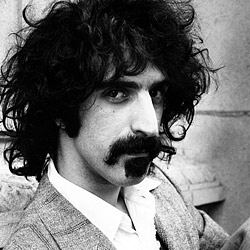