Ringing In The New Year!

Share All sharing options for: Ringing In The New Year!

The new year festivities brought exciting news for Los Angeles Kings fans, a team that's back on the winning side! After a four-game losing streak, an eight-day hiatus, and the start of a new decade, the Kings find themselves in the middle of a three-game winning streak with the Detroit Red Wings coming into Staples Center on Thursday the 7th. There has been a ton of news for the Kings and I've been neglecting this space for a few days, but I'm back on the horse! 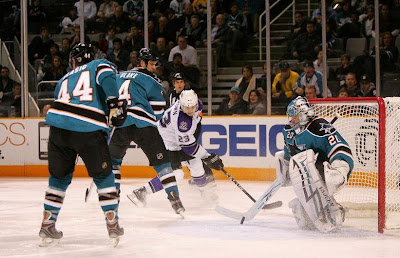 Here are some updates with a bit of my hundreds and thousands served up to you, the faithful reader:
Lastly, go Kings!