Kings Prospects (past and present) News

Share All sharing options for: Kings Prospects (past and present) News

Jordan Weal's work in L.A. about to begin

There was some speculation that Weal would also be a first-round pick. The 5-foot-9, 162-pounder was 30th in Central Scouting's final rankings of North American-based skaters. He was also 41st, Europeans included, in The Hockey News Draft Preview. [...] "I definitely heard that I'd probably go a little higher, but I went into the draft with no expectations,'' Weal said. "Wherever I went was where I was going to go. I was hoping to go to a good organization and that's what happened. Now I want to make a good first impression.'' Weal was one of only three draft-eligible players to score at least 100 points in the CHL this past season. The other two -- Taylor Hall (Windsor Spitfires) and Tyler Seguin (Plymouth Whalers) -- went first and second overall to the Oilers and Boston Bruins, respectively. "We were a bit shocked that maybe Jordan stuck around longer than what we were anticipating but, at the end of the day, it's about a good fit,'' Pats general manager Chad Lang said. "I think L.A.'s a good fit for him. [...] There's no question that he worked really hard to get to where he is and, for his efforts, he has been rewarded.''

Former defenseman Martin Nolet became the first UMass hockey player in program history to earn Academic All-American honors as he was named to the ESPN The Magazine Academic All-America At-Large Third Team on Tuesday. [...] A 2009-10 assistant captain for the Minutemen, he was also named to the Lowe's Senior All-America Second Team, which honors success both on and off the ice. A native of Quebec City, Quebec, Nolet has been an outstanding student-athlete at the University of Massachusetts with a 3.95 grade point average. While at UMass, he majored in psychology with a pre-med track. In each of his three previous years, he was named to the Hockey East Academic All-Conference team and earned Hockey East Academic All-Star team honors with the top GPA among league defensemen. Nolet was a Dean's List student in each of his six semesters and earned a 4.0 grade point average in four of those. Additionally, he served two semesters as a teaching assistant for an abnormal psychology class and has been researching cognitive disorders affecting children with speech problems. Nolet is a member of several honor societies as well and was accepted to several medical schools following graduation should he decide not to play professional hockey. 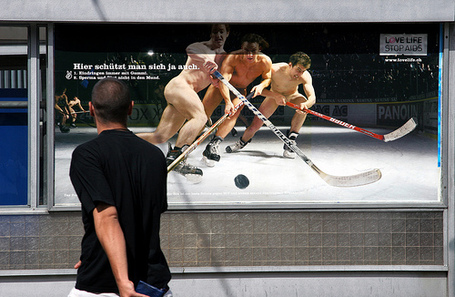