Share All sharing options for: Jewels from the Garage #5: Blasts from the Past

The Bure at the Beach card from this morning's post reminded me that I had a bunch of these time capsules to dig up. Continuing with the surf and turf theme, we start with the Rangers. We'll also play a little game of "who the hell are these guys" for the cards that don't have the names on the front. Most of them are obvious, some maybe not. (Answers at the bottom of the post.) 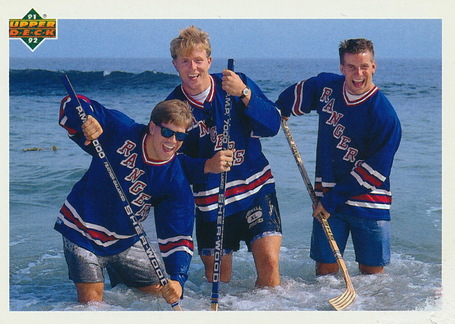 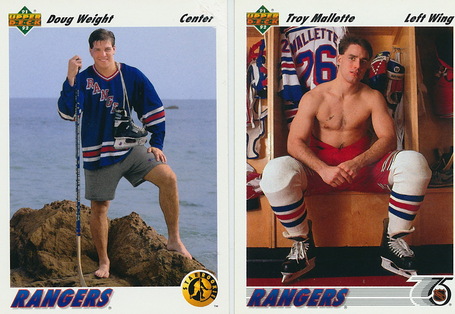 [Note to RudyKelly: who does Hamrlik look like in this picture:] 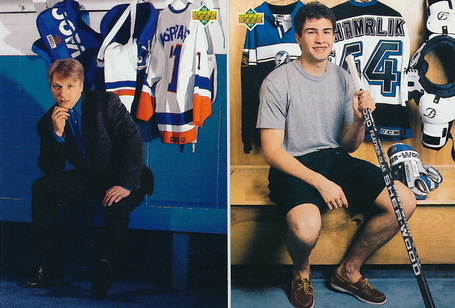 Now we're getting somewhere. Who can name these guys? 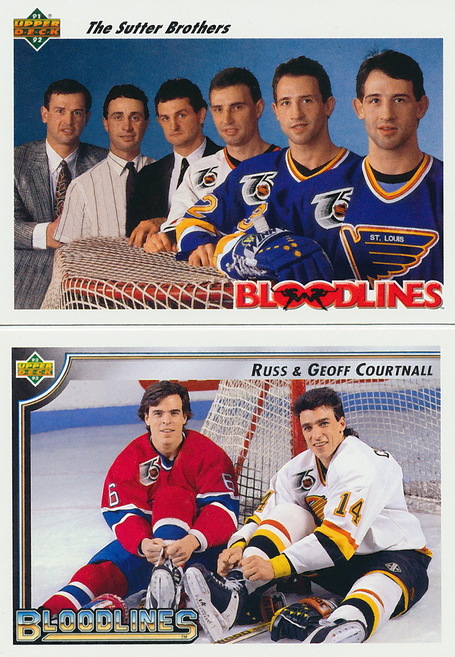 Jamie Linden looks in this picture like it's his first time on skates. 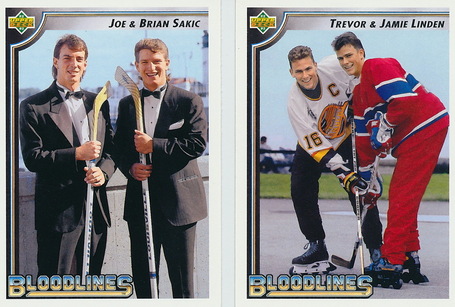 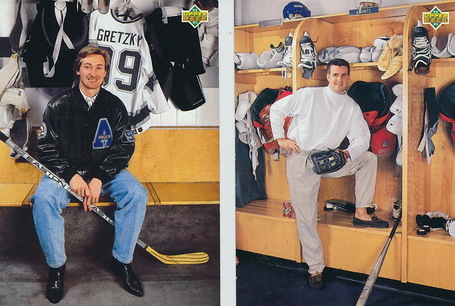 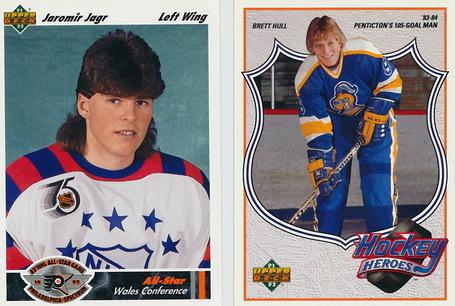 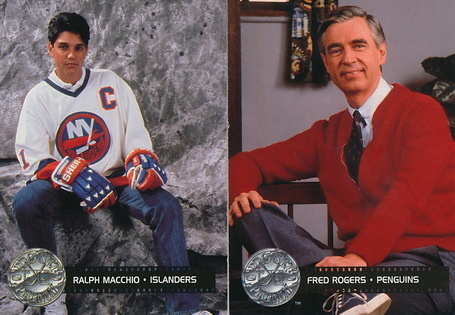 Last but not least, name these chuckleheads. 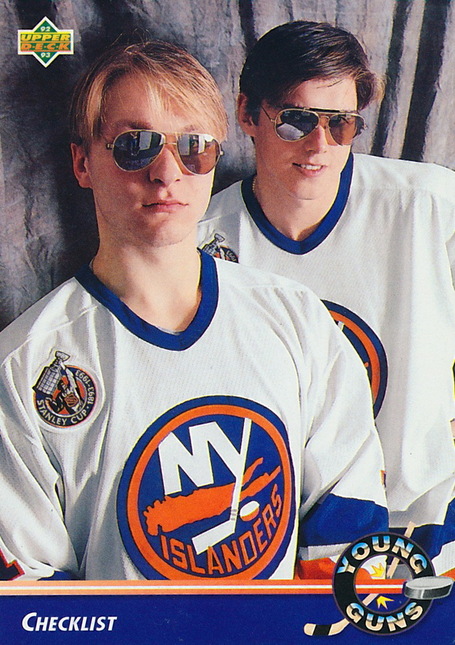 Guy on the right: Tony Amonte.