Chart Fun (and a surprise or two) with Bernier and Quick

Share All sharing options for: Chart Fun (and a surprise or two) with Bernier and Quick

The news that Terry Murray plans to rotate Jonathan Bernier and Jonathan Quick these last 17 games has sparked a minor comments-section debate over whether or not Quick is tiring out. I don't know if he is or not. But I do know that I'm glad he's on track for 55-59 games, as opposed to last year's 72.

I thought I would chart cumulative GAA and SV% data for Quick, Bernier and Quick 09-10. First up is Quick's cumulative SV% for this season. Just to be clear, cumulative means that with each successive game, the SV% is recalculated to reflect the SV% (or GAA, as applies) up though that point in the season. The x axis in all the graphs reflects the number of starts to that point. 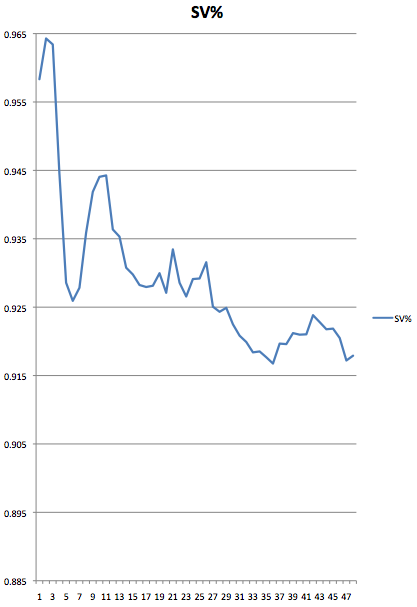 Tossing out the first few games, which are all over the place, I see a general downward trend from approximately .930 to .920. That's a pretty good number, .920. Still, that trend suggests that Quick is coming down to earth a bit. Now, Quick's cumulative GAA for this season: 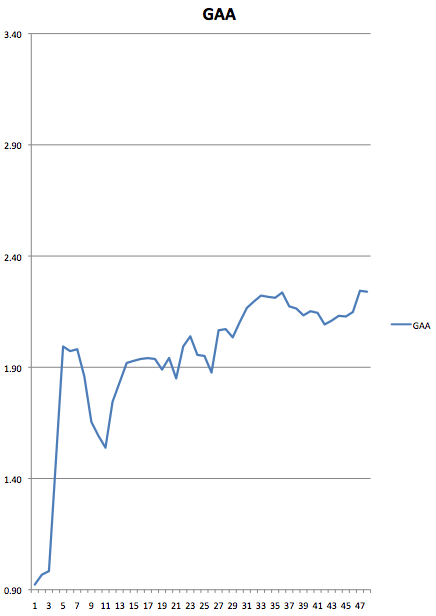 As with SV%, I see a generally negative trend, from just under 2.00 to just under 2.30, give or take. Somewhere between 1/4 and 1/3 of a goal per game. Here's Bernier's cumulative GAA this season: 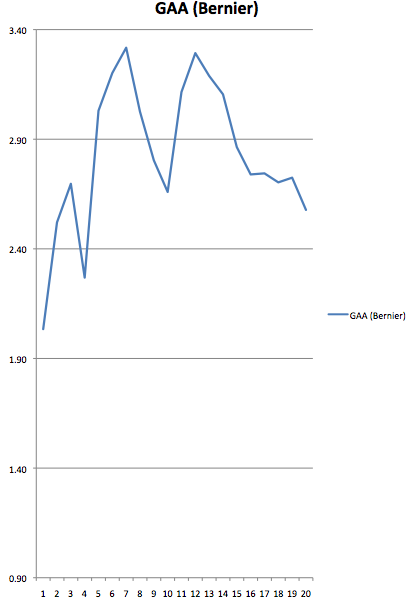 There's less data to work with here (20 games as opposed to 48), so the graph has more peaks and valleys. Still, I see a general trend down from a GAA above 3.00 to one approaching 2.50. Bernier's cumulative GAA at its lowest point is still higher than Quick's at its highest point -- but it's interesting to see that their GAAs are in fact converging. 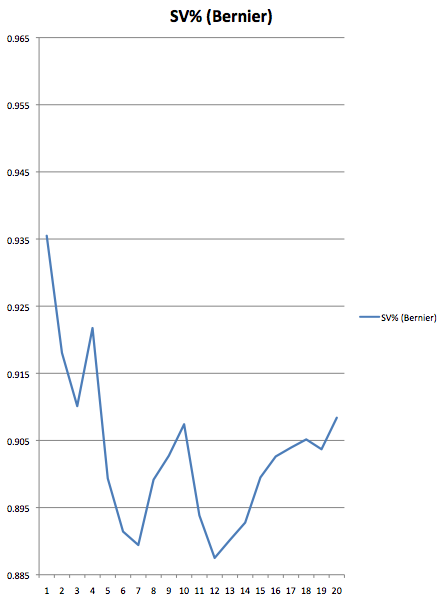 I'm not exactly sure what to make of the roller-coaster of games 1-10 here (other than it fits with my sense that Bernier had a bumpy ride those first few months), but from game 11 onward, there's a distinct, consistent positive trend. As with GAA, Bernier's numbers at their best are not as good as Quick's at their worst, but, as with GAA, the numbers are converging.

Lastly, I thought I would compare Quick this year to Quick last year. I wanted to see what the post-Olympic crap-out looked like. 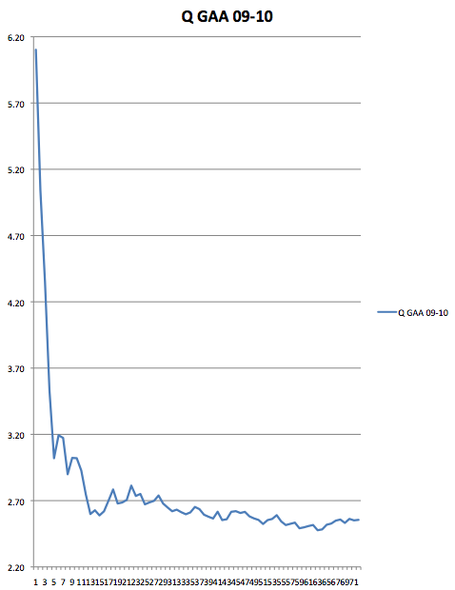 Even though there is a slight downward trend in Quick's 09-10 GAA, it's not as steep as this year and even levels off during the "crap out" period. More surprising to me: Quick's numbers this year are much much better than last year. I knew he was having a better season, but I thought there would be some overlap. There is none. 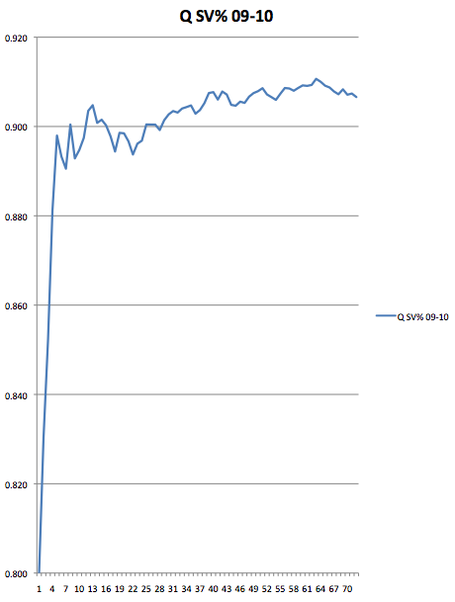 Quick's cumulative SV% from last season is not as good as this year's. There is a downward trend during the post-Olympic crap-out, as one would expect, but the general (season-long) trend is upward.