Share All sharing options for: Alex Roach signs with Kings

Alex Roach signed a three-year ELC today. This is a big person. He's also, at not even 18.5 years of age, the second youngest prospect in the system (Michael Schumacher, who turned 18 last month, is the youngest). I was just checking Twitter a minute ago and someone was praising me for noting Roach back in July.

The Los Angeles Kings are entering a new phase: players acquired for picks, not picks for players. They're a playoff team now, not a cellar-dweller. They can't count on high draft position any longer. And, with fewer swings at bat, it becomes more difficult for the scouting staff to beat the odds and reach Lombardi's goal: drafting at least two future NHL players per year.

By inviting undrafted players to development camp, Futa and company hope to pick up extra picks for free. Martin Jones, the #3 goalie on the Kings' depth chart, is an example of one such successful find. Could there be another welcome surprise this year? Let's take a look at some of the invitees.

I'll start with five names that intrigue me.

This kid fits Futa's description of a player who could easily have gone in the later rounds. After a slow start to his rookie season, Roach came on strong to earn a CSS ranking after not even making the list at midterm. [...] Roach seems like he's just starting to put it together in terms of his skating and conditioning, which leaves room for even more growth. As we saw with the Toffoli pick, the Kings have given the nod to guys who are willing to take the next step to improve those issues. Roach skipped attending the draft to graduate from school and "work on his physical fitness and his foot speed with Mills assistant coach Brian Kozak."

Bonus points? He looks like a long-faced Dustin Brown. 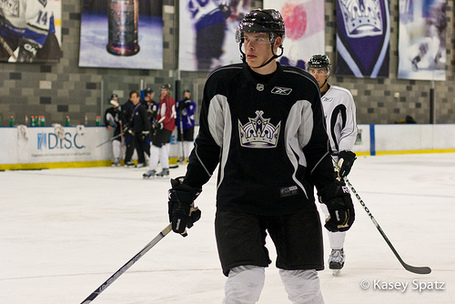 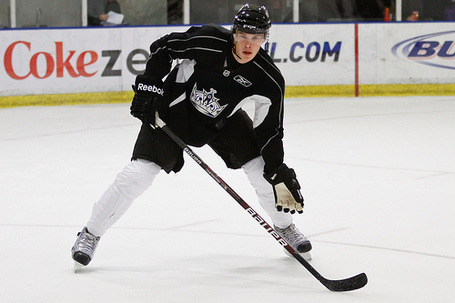