So the consensus from our comments appeared to be that "Town Crier" was a winner. Let's roll with it, shall we? Although I retain my right to change it again later, since to be honest there were like a million awesome suggestions in that thread (you guys are so much smarter than I am! that's not sarcasm!). 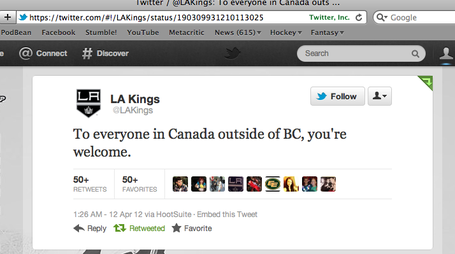 (stick-tap on the picture to canucksarmy.com, who we'll get back to in a second)

As always, please tell me if there's broken links so I can fix them, and if you've got any links of your own to add in (or just pictures of people in Vancouver crying, those are cool too), post 'em up and let's go! (THUMBS UP!)