Canucks v. Kings Game 4 Possession and Matchups (or Behind the Numbers: Is Henrik Sedin Overrated?)

Share All sharing options for: Canucks v. Kings Game 4 Possession and Matchups (or Behind the Numbers: Is Henrik Sedin Overrated?)

The Kings won the possession battle (barely) for the 1st time in the series and lost their 1st game. Obviously then they should stick with what got them there and continue to play hot potato with the puck.

The Kings did win the scoring chance battle for the 4th 2nd straight game.

Keeping that in mind, let's have a look at how the possession numbers shook out: 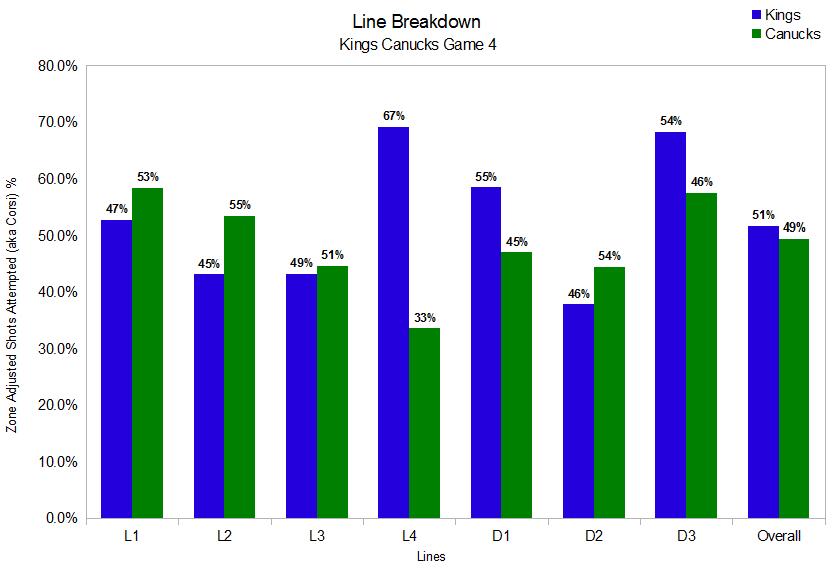 Even Strength Line Combinations:
(CLICK BELOW FOR MATCHUP CHARTS)

Previous games in the series: Game 1, Game 3 (Game 2 unavailable as yet because I was busy drinking and failing miserably at fishing, sorry).