We're now 4 games into the series and in that time we've seen a wide array of line matching strategies and possession results.

Before the series we previewed the playoffs by looking at what happened in the regular season.

Let's take a look at how some of this stuff has turned out since.

Before we get into it, a quick explanation of terms and my methodology. The data used for the charts below combines 2 elements. Corsi Rel and Zone Adjustment.

As some of you know by now, Corsi gives us a rough estimate of how much time players spent in the offensive zone on the attack.

Corsi Rel is a simple way of comparing how effective a player is in controlling the play relative to the rest of his team.

Zone adjustment accounts for the tendency of teams to accumulate shots resulting from offensive zone faceoffs. It takes into account the fact that players that start more shifts in the defensive zone have a harder job. It is an effort to get a more accurate number. Read more about zone adjustment here along with the formula I used to come up with the numbers.

Okay now onto the charts: 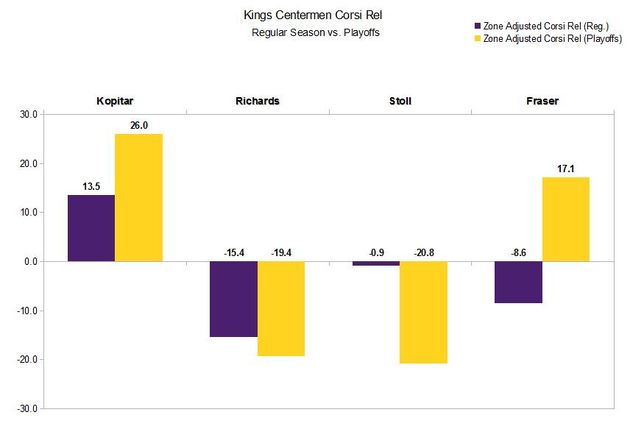 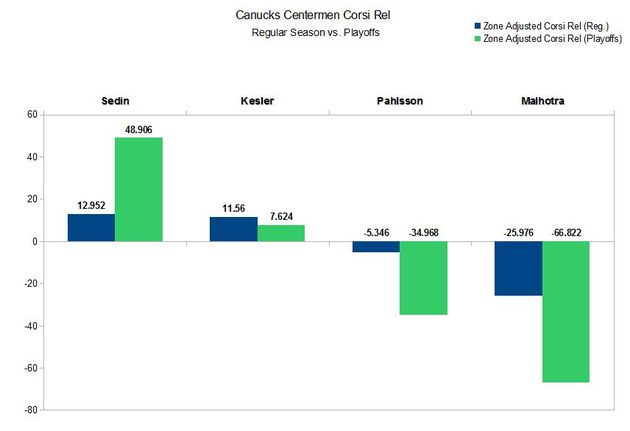