Kings vs Canucks -- Game 5 Breakdown (or Behind the Numbers: Brad Richardson > Rick Nash)

Share All sharing options for: Kings vs Canucks -- Game 5 Breakdown (or Behind the Numbers: Brad Richardson > Rick Nash)

There hasn't been a more cathartic moment in recent King's history than Jarrett Stoll's OT winner on Sunday. It was the culmination of a long, turbulent season that included an in-season coaching change, a blockbuster trade and historic levels of goal scoring ineptitude (not to mention two straight heartbreaking 1st round exits in a row).

It was almost too fitting then that the Kings were spurred on to victory in Game 5 by the very thing that had haunted them all season. Secondary scoring.

We wrote before Game 5 that if the Kings won the series it was going to be because of their bottom 6. We know they scored the goals, but (with an eye toward St. Louis) let's see how they did possession wise. 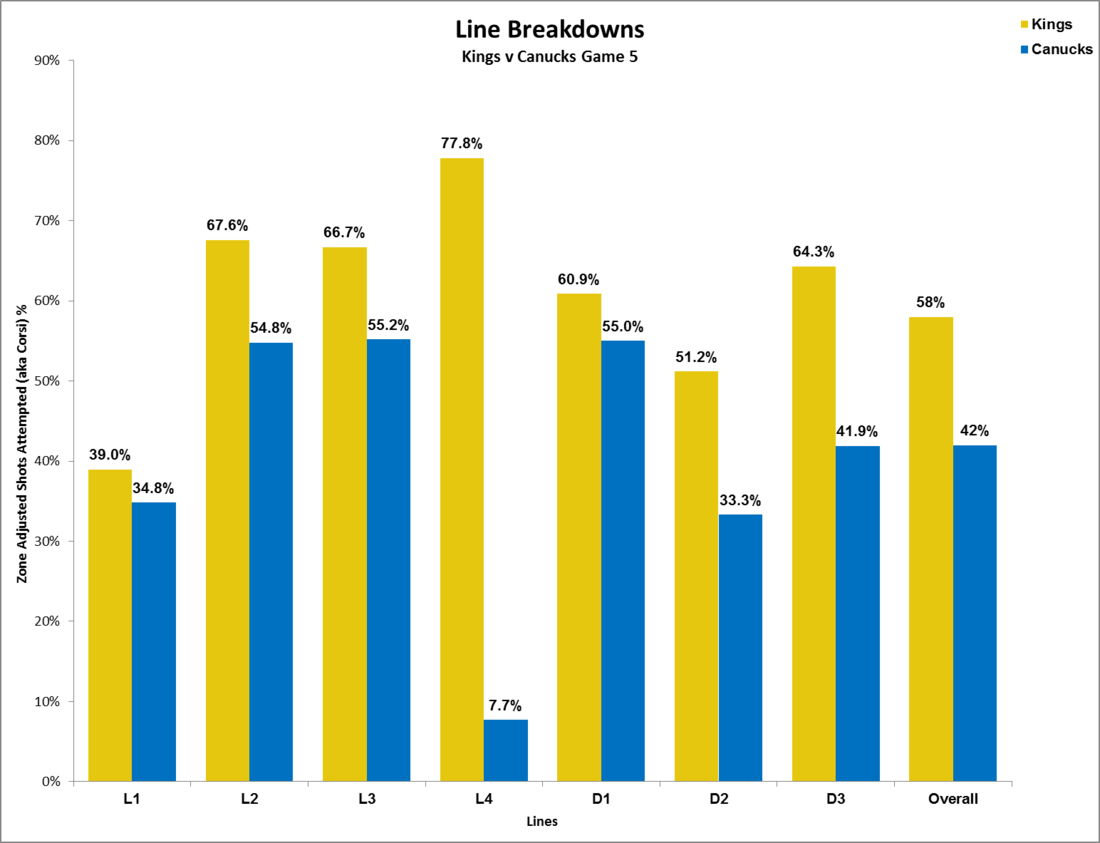 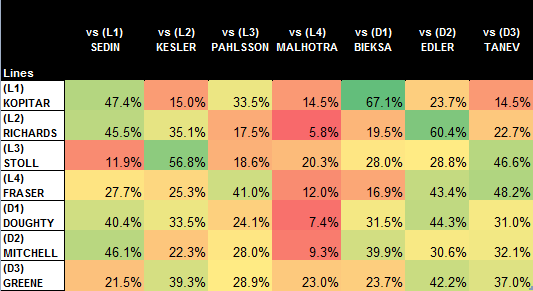