The Blues and Kings played 4 times in their season series. The Kings won 3 and outscored them 8-3 (plus a shootout win "goal"). Beneath the surface though each game introduced a new element to the matchup.

The first game was played early in the season when both Terry Murray and Davis Payne were at the helm (Doughty was also out with an injury), Game 2 was the Kings introduction to Ken Hitchcock, Game 3 the Blues were introduced to Darryl Sutter and in Game 4 yet another new look as the Kings had since exchanged Jack Johnson for Jeff Carter.

It is then difficult to come to any grand revelations by looking at the regular season overall results, so we'll also take a closer look at their last two games. These are most indicative of what we can expect in the upcoming series (due to coaching changes and trades).

One thing is very interesting though when looking at the overall season series totals, the two teams played each other to an exact draw in Corsi %. 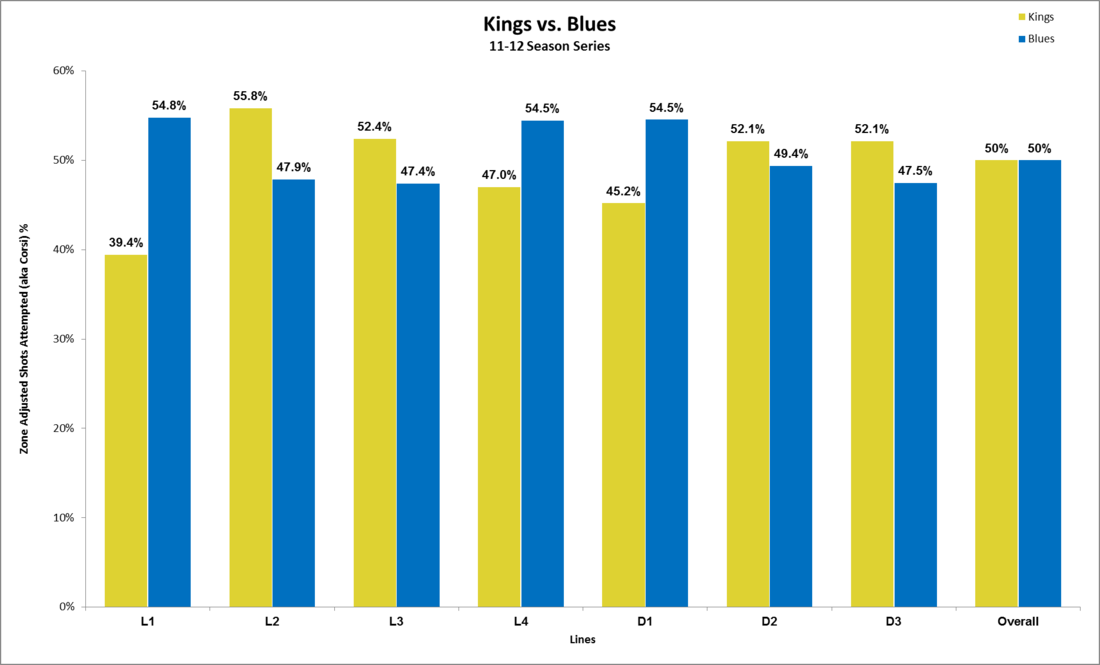 Next, let's take a look at how Corsi broke down on a game to game basis: 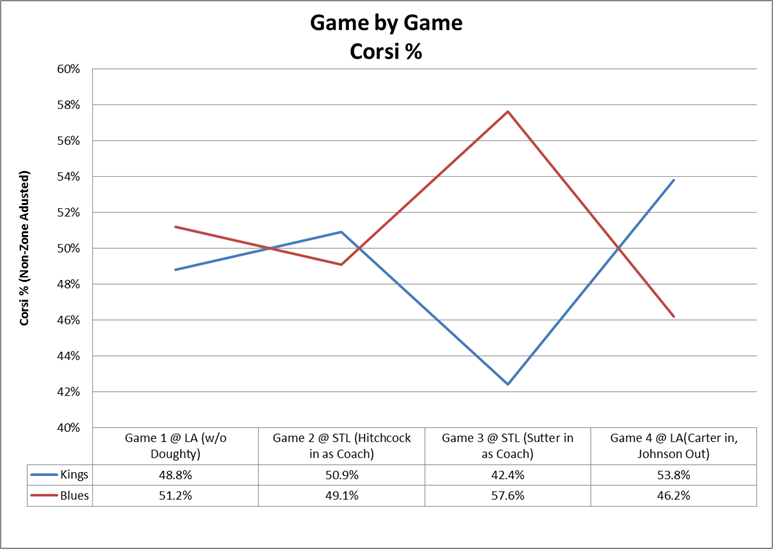 First, this one is how the matchups broke down over all 4 games: 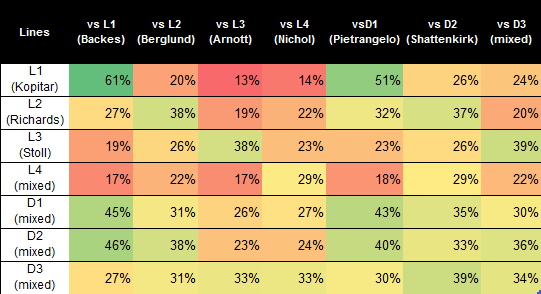 Next is Game 3 where St. Louis was at home and Hitchcock was able to control the matchups: 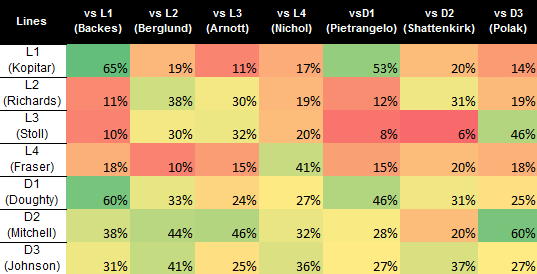 Now, the 4th game of the series played at Staples: 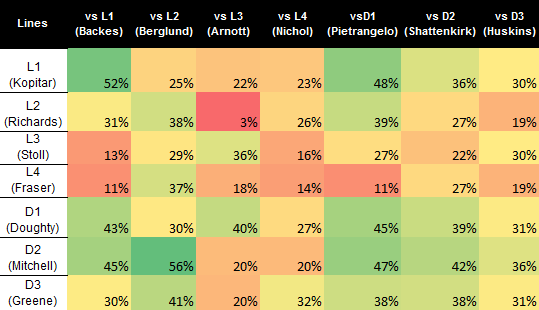 So in summary, here are the keys to the series: