As we wrote in the game recap, Game 1 was a close, physical battle that saw the Kings steal home ice away from the #2 seeded Blues.

In our series preview, we highlighted that Backes and Kopitar were going to see a lot of each other and the result of that battle would go a long way in determining the victor. We also highlighted that the Kings bottom 6 would need to maintain the momentum they gained in Games 4 & 5 of the Vancouver series in order for the team to be successful against the Blues. How did that all shake out in Game 1? 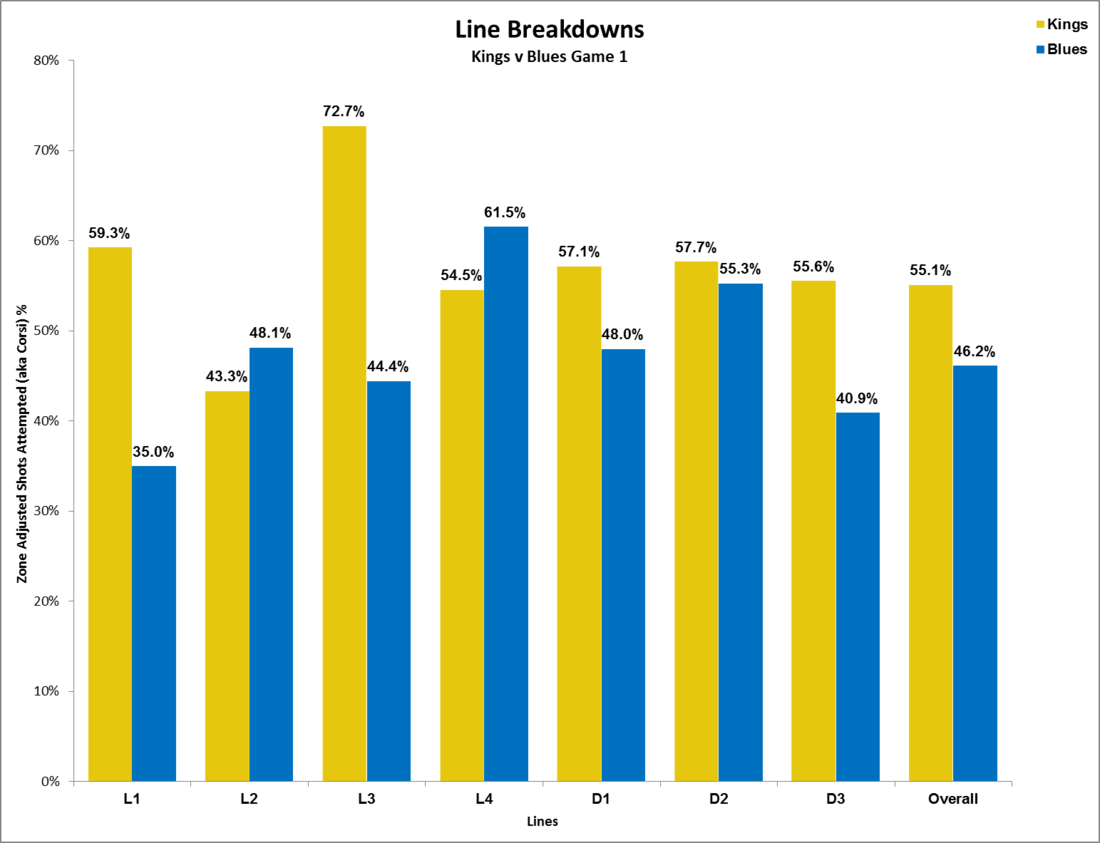 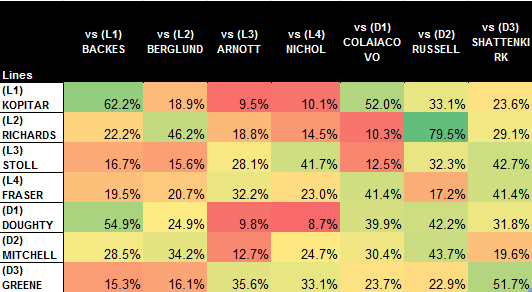