[Front-paging this great trip into the annals of time - Niesy]

I already did this for my blog, but here ya go anyway. 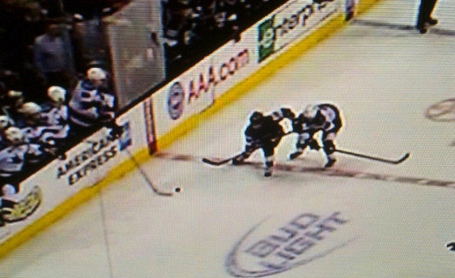 After doing a little research, I found out this isn't the first time Ryane Clowe has been involved in illegally using his stick. Take a walk down memory lane, and see what else Clowe has done without the officials, or anyone, taking notice.

Ah yes, the 1999 Stanley Cup Finals. Everyone remembers Brett Hull's series winning goal where he skated through the crease, at the time against the NHL's "Crease Rule." Due to all of the crease hoopla, no one noticed Ryane Clowe STANDING IN THE GOAL poke checking the puck back onto Hull's stick after Hasek makes the initial save. 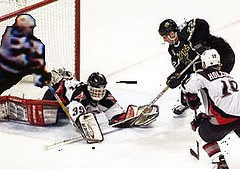 Every hockey fan has seen Bobby Orr's "The Goal" photo before, taken during the 1970 Stanley Cup Finals. The goal would give the Bruins their first Stanley Cup since 1941. But, have you really looked at it? Although this is an iconic photo, it would have never happened if Clowe didn't come off the bench and skate as the sixth man on the ice for A FULL MINUTE without the officials noticing. He also wore a helmet before it was required, and was colorized before it was cool. What a putz. 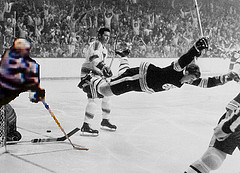 Remember when Kelsey Grammer (TV's Fraiser) fell off of a stage while giving a presentation? Ryan Clowe sure does. 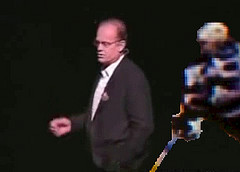 This year's Wrestlemania was one that will live in the memories of wrestling fans everywhere. HHH vs Undertaker with Shawn Michaels as the ref, in an END OF AN ERA match. Rock vs Cena, the match to decide the better era: The Attitude Era or PG Era. And the quickest match in the history of Wrestlemania, Daniel Bryan vs Sheamus. As you know, Bryan's girlfriend AJ gave him a good luck kiss after the starting bell rang, allowing Sheamus to catch Bryan off guard, Brogue kick him, and end the match in 18 seconds. Well, if you look closely, AJ isn't the only one to blame. It appears someone tripped up Bryan before he could fully turn around to face his opponent. Also, Clowe wears a stupid pixelation suit, which really looks bad in HD. 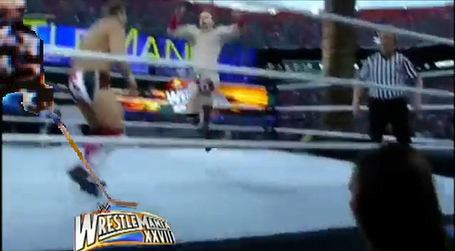 I hate to break it to everyone, but, no, an iceberg didn't sink the Titanic. I guess that means if you pay to see Titanic 3D you are contributing to lies. 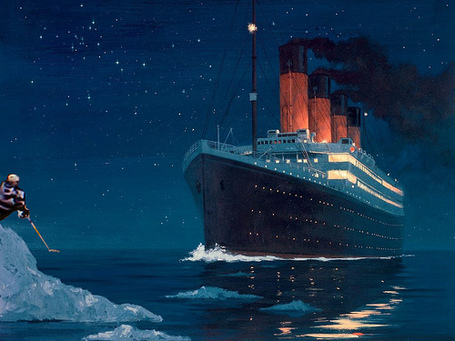 Ryane Clowe tripped Fidel Castro. Oh, I guess this one isn't so bad. Carry on. 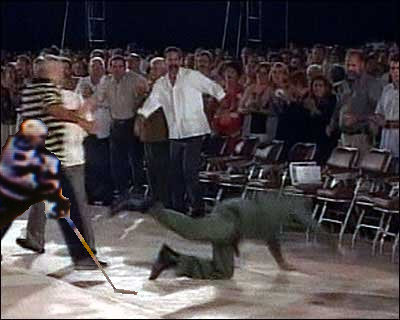 This item was written by a member of this community and not by an author of JFTC.