The first game of the home-and-home is in the books and it was a doozy.

Amid all the controversy and emotion the underlying current of the game was that the Kings were again dominant in controlling the action at even strength.

Let's take a look at how the shot differentials broke down (and if you missed it click this to see what some of this stuff means): 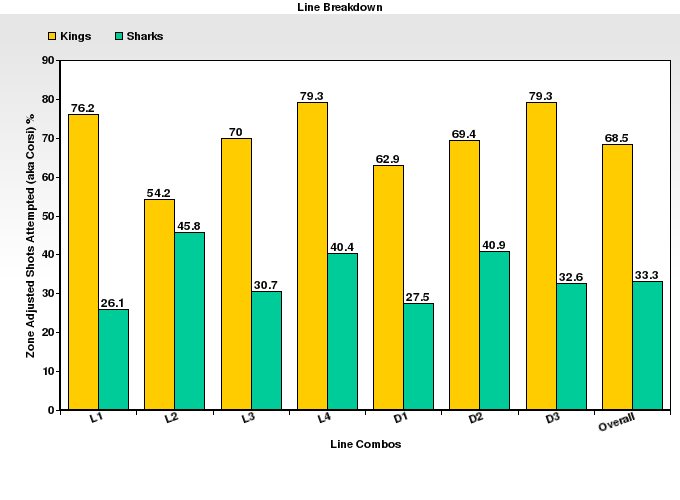 
*Torrey Mitchell left early in the game due to injury and did not return.