The Coyotes and Kings matched up 6 times in the regular season. As I'm sure you're aware, both teams underwent many changes over the course of the series.

Nevertheless, in the first part of our Western Conference Finals Preview, we'll try to see if we can read anything into how they matched up and if we can figure out what to expect in the series.

First, here is how the teams matched up overall in the 6 games of the regular season series: 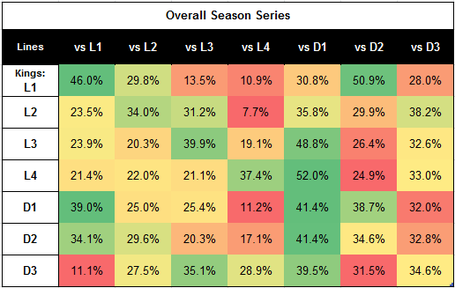 Next, let's see how the matchups brokedown between Home and Road splits: 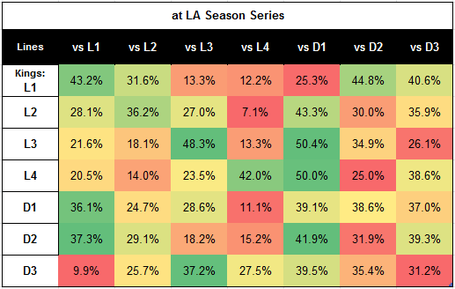 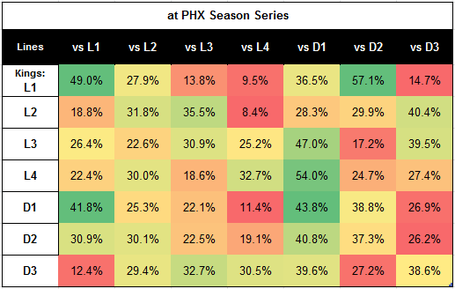 Finally, let's take a look at how Phoenix matched up against Nashville and using that, see if we can project what they may try against the Kings: 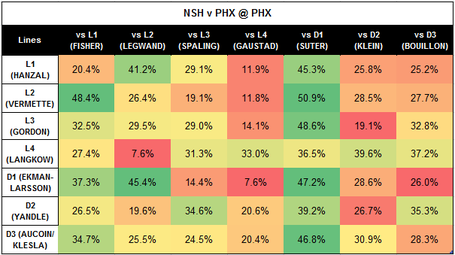 Also the Coyotes Line Combos for the series:

In summary, here are some key points to look out for:
In the next installment of the Preview, we'll take an in-depth look at possession numbers in the season series (both overall and individual player head-to-head matchups).
As always, if anybody has questions or needs for clarification please fire away!

Others in the series: Intro.