Welcome to Part 2 of our series preview. Now we're going to take a close look at how these teams stacked up in the possession battle.

First, it should be noted that all of these games were close. All but one ended up as one-goal games, and the lone exception was a 2-0 win for LA. Thus, score effects didn't play a huge role in these numbers. Also, the Kings scored first in all but one game.

If you're unfamiliar with possession and why it matters, read this great primer by our very own Niesy here.

Let's get into the charts: 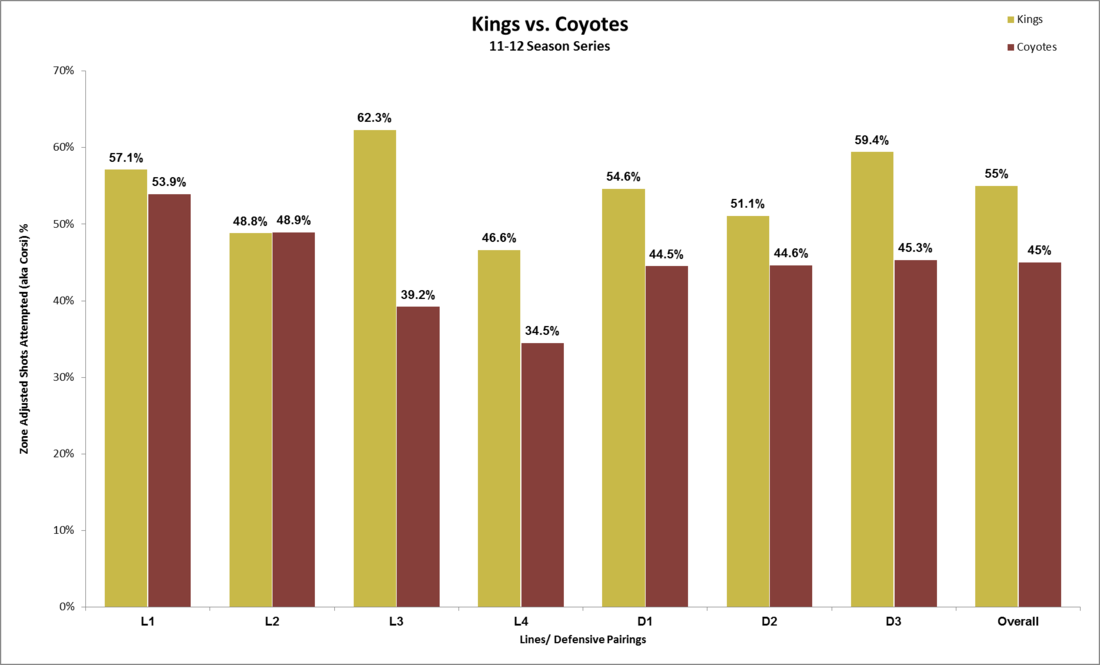 Next let's see how players matched up head-to-head: 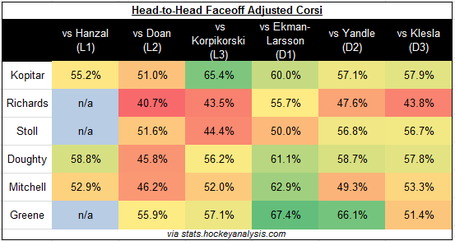 Finally, let's take a look at how players have been used along with their Corsi results in one neat package: 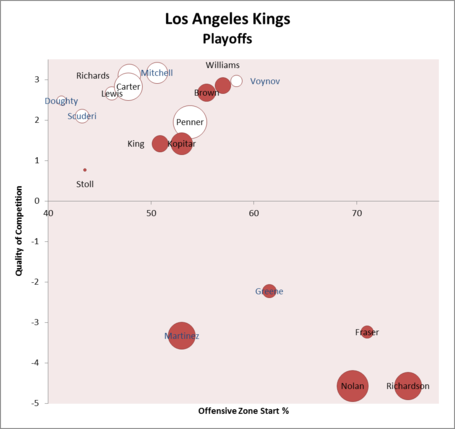 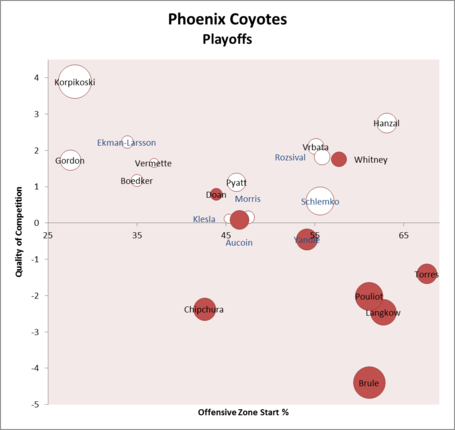 As the series progresses, we're going reference back to these, so if there's anything you are catching with regard to this stuff, please post in comments.
Also please feel free to ask any clarifying question. We definitely understand a lot of people are new to this topic. We'd be happy to explain anything.

Others in the series: Intro and Part: 1 - Deployment.