Game 1 was a dominant performance by the Kings from a possession standpoint, but there are some signs that not everything is rosy. The Kings were surprisingly top heavy in generating quality chances while the rest of the lines had limited of success.

Let's take a closer look at how this stuff brokedown, here are the charts: 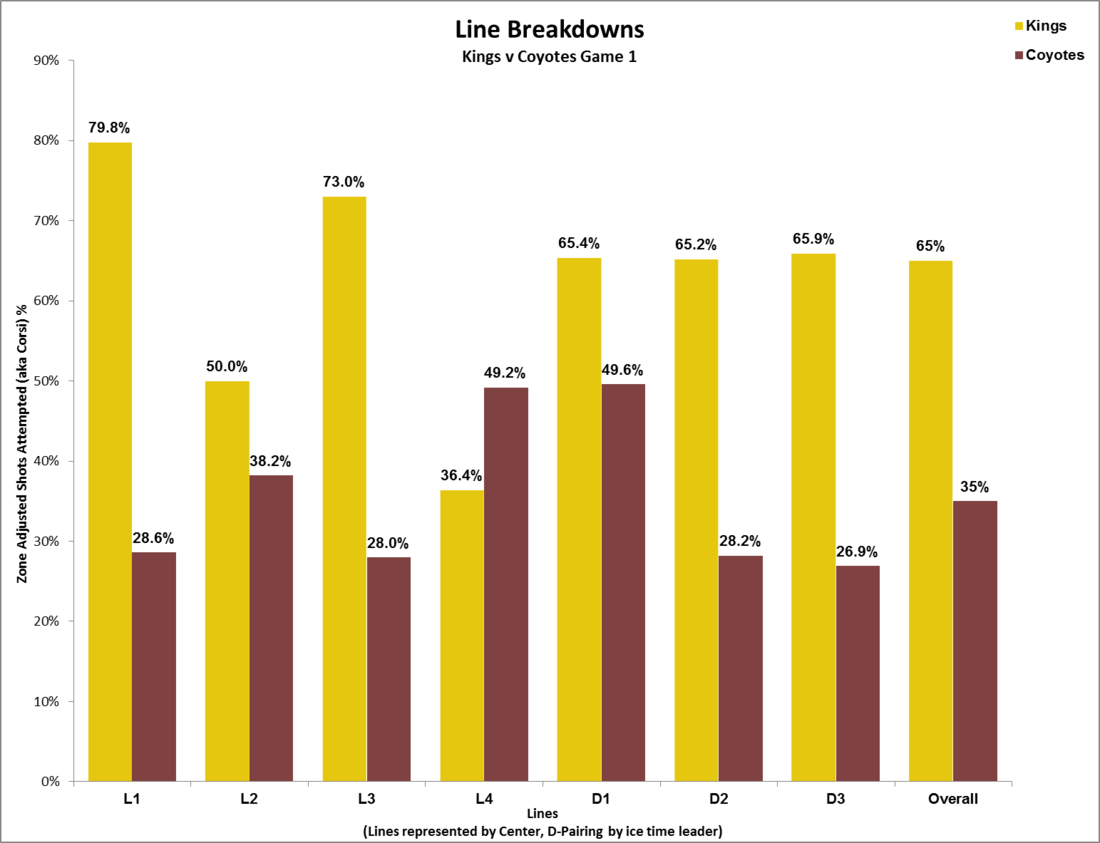 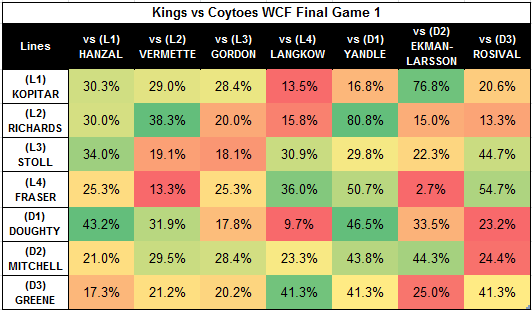 Others in the series: Preview.