Coyotes vs. Kings WCF Game 4 Possession and Deployment Breakdown (or Are We There Yet?)

Share All sharing options for: Coyotes vs. Kings WCF Game 4 Possession and Deployment Breakdown (or Are We There Yet?)

Game 4 seemed like a flight delay before a long awaited vacation. You had the feeling this was going to happen eventually. Mike Smith was going to have a game where the idea of scoring a goal would seem futile. After the first goal, this one had "Coyote Ugly" written all over it.

This wasn't for a lack of effort on the Kings part. They had their most dominant puck possession performance since Game 1 (although to be fair some of that was to due with the Coyotes jumping out to a lead and the Kings having to play catch up).

Let's see how the numbers brokedown: 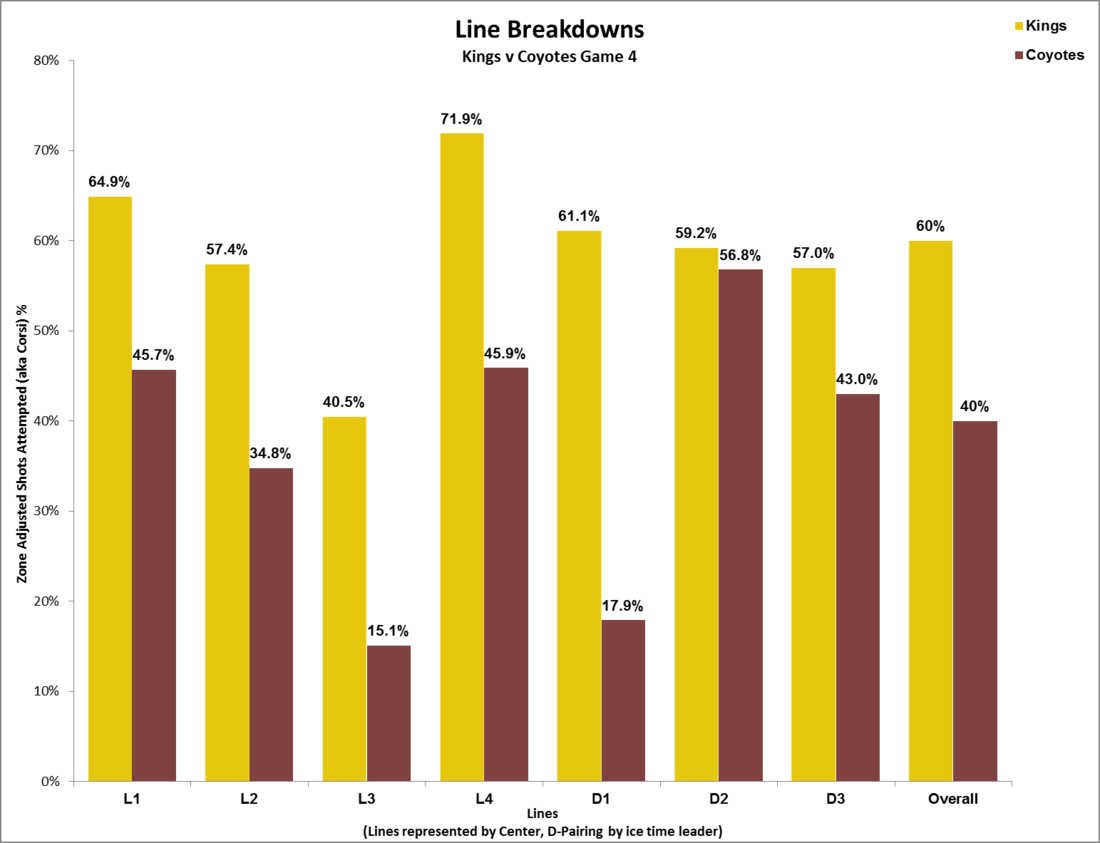 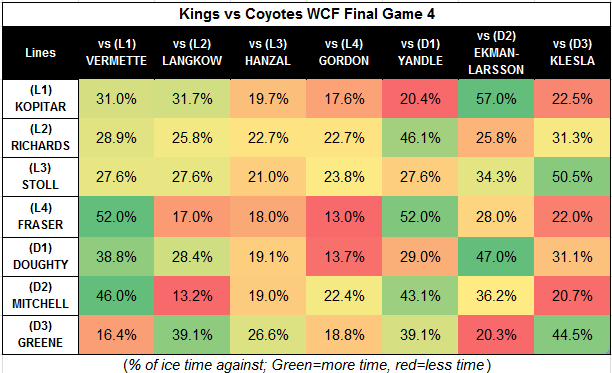 * - Shots attempted and even strength adusted for zone starts.
**- Even strength ice time against.