Fate Up Against Your Will (WCF Game 5 Breakdown)

Share All sharing options for: Fate Up Against Your Will (WCF Game 5 Breakdown)

April 29, 2002. I had been trying to make my way from California to New York City. I took all the money I had and bought a rusted, grey station wagon. I was going to drive it to New York, sell it and use that money to get an apartment. I was doing this for unknown reasons.

Somewhere in Virginia, I was watching Game 7 of the Kings-Avs West Quarterfinals. The Avs were up 2-0 and I was on my second Ruby Tuesday’s Megarita. Patrick Roy was looking indomitable, the crowd chanting his name as he calmly surveyed his Kingdom. Felix Potvin on the other hand was very domitable, after forcing a Game 7 with miraculous back-to-back shutouts, he had nothing left.

My car outside had long since given up, although the thick smoke that had been pouring out from under the hood had dissipated. As I took a long sip from my Megastraw, Milan Hejduk bounced a puck off Mattheu Schneider. It rolled right to Alex Tanguay who ripped it past Potvin’s stick side. 3-0. I had no money, was stuck in Virginia and the Kings were about to be eliminated by the Avs for the 2nd straight year in Game 7.

A decade of futility later, the Kings are on the verge of winning their first Championship in franchise history and may have to come to my longtime home of New York to do so. Everything is going according to plan. 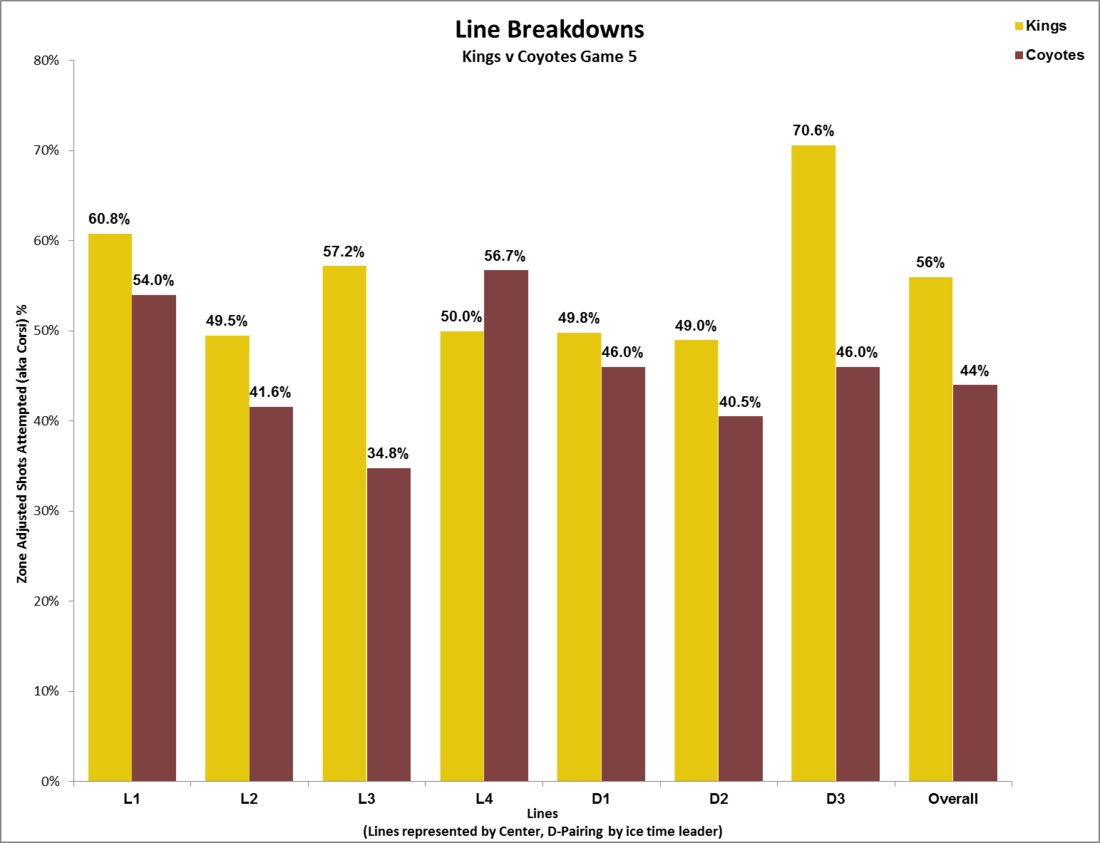 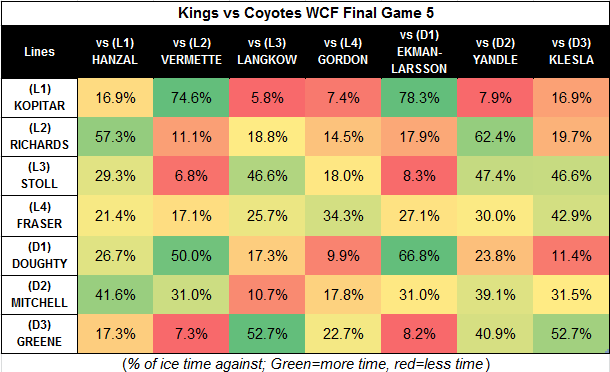 * ZSAC - Shots attempted at even strength and adusted for zone starts.
** ITA- Even strength ice time against.