For our next two parts of our Stanley Cup Final Preview, we'll take a closer look at line matching.

First, we'll look at the line matching strategies the Devils have used throughout the playoffs. We'll do this by seeing how they've matched lines at home (where teams are more able to drive the match-ups they prefer).

This should be more insightful and accurate than looking at playoff Corsi Rel QoC because that number can become skewed in the playoffs due to a thinner player population (if you need a primer as to what Corsi means click here). 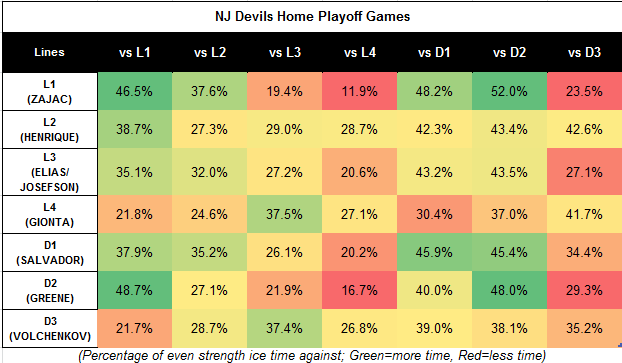 Previous entries in the series: Part 1.