UPDATED: A Working Class Hero is Something to Be -- Stanley Cup Final Game 1 Statistical Breakdown

Share All sharing options for: UPDATED: A Working Class Hero is Something to Be -- Stanley Cup Final Game 1 Statistical Breakdown

In the 2003 NHL Entry Draft, Colin Fraser was selected in the 3rd round by the Philadelphia Flyers. Soon after, his rights were shipped over to the Blackhawks as a throw-in for Alexei Zhamnov. Over the next four years, he toiled in the minors, where he totaled eleven times as many penalty minutes as he did goals.

In the 2010 season, he played seventy games for the Blackhawks, but only three in the playoffs, and zero past the first round. He watched his teammates lift the Cup and very soon after he found himself in Edmonton. A hapless season later he was shipped over to the Kings, a pawn in Ryan Smyth-gate. When he required surgery to repair an unhealed ankle fracture, an unhappy Dean Lombardi filed a grievance. It was widely assumed that they would waive him the first chance they got.

Instead, they decided to keep him around: a borderline depth player who'd never seen better than fourth line minutes. He worked his way in as a line-up regular and has been so in the playoffs as well, only missing two games to attend to a family issue in Alberta during the Conference Final. (Fortunately, his 19 month old son is safe and healthy now. One can only assume that it was something rather serious in order for him to have to sit out to begin with.)

Last night, ten minutes into the first period, left uncovered, Fraser beat future Hall of Famer Martin Brodeur from the slot with a one-timer. In addition to recording his first career playoff goal, Fraser and his linemates neutralized their opponents, only allowing 2 shot attempts of the Devils' total of 34. It's safe to say the team is happy to have him.

Now for the stats: 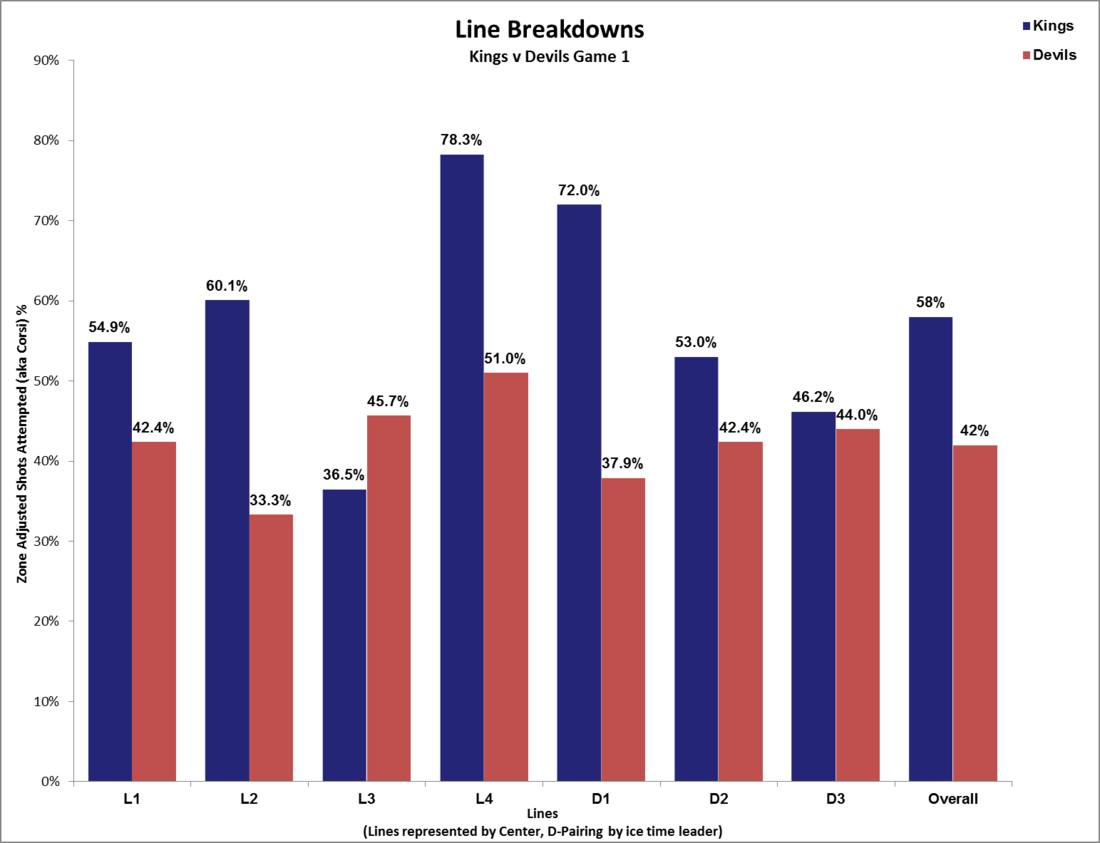 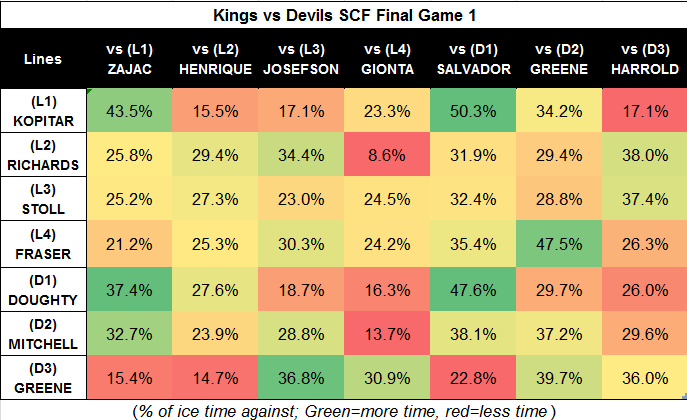 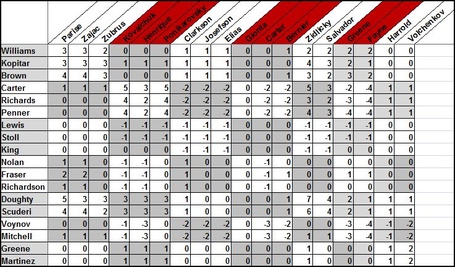 via the very wonderul nhlnumbers.com. Thanks to Corey S., check out his GM1 breakdown here.

*Note: there was slight error in the line matching chart in the original post. We updated it and made a couple edits. Everything is all better now.