Share All sharing options for: Kings vs. Blues Game 3 & 4 Breakdown (or No, You SHHH!)

I have been claiming all season that the Kings were poised to make a deep run in the playoffs this year. I was even claiming this during the darkest of times when the Kings were looking up at teams like the Calgary Flames and Dallas Stars in the Western Conference Standings. That being said, I would have called you a delusional freakjob if you had told me the Kings were going to start the playoffs 8-1 against both the Vancouver Canucks and St. Louis Blues.

These last two games transcended numbers, as one of the most villified Kings' squads in recent history quickly became the most loved and celebrated.

But for the sake of continuity, here are the charts: 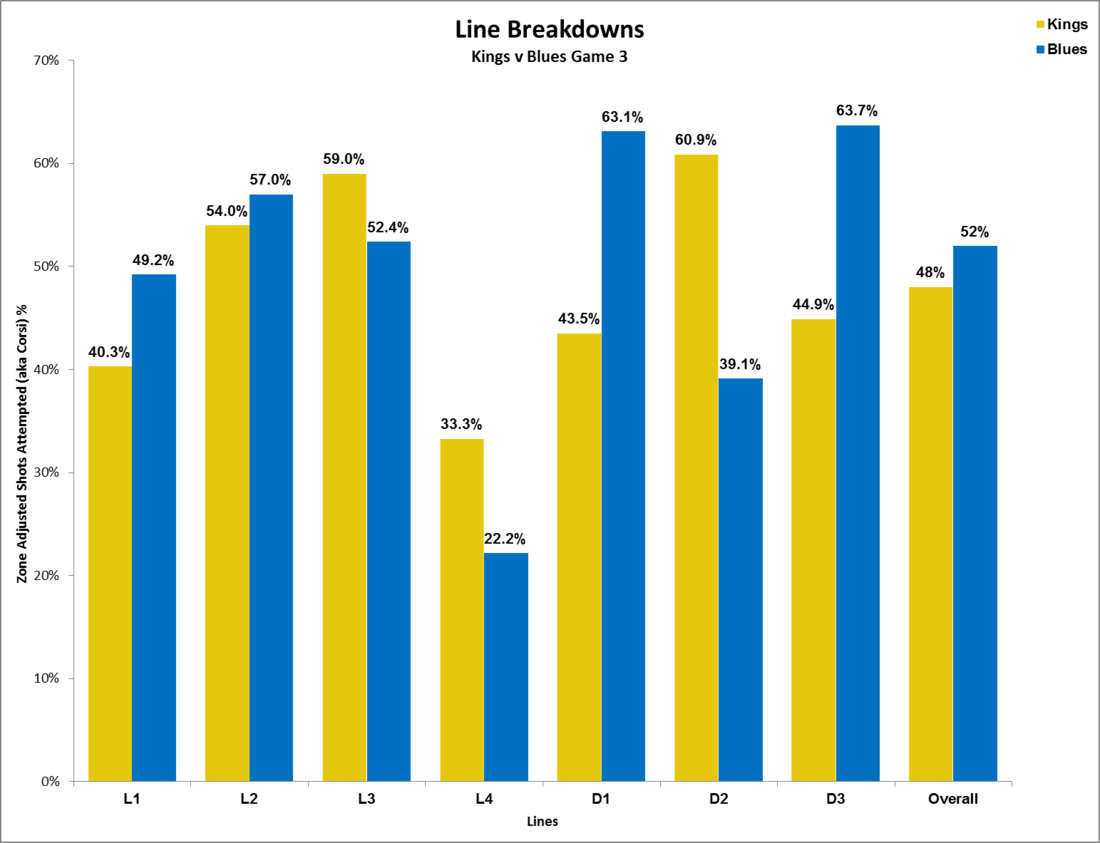 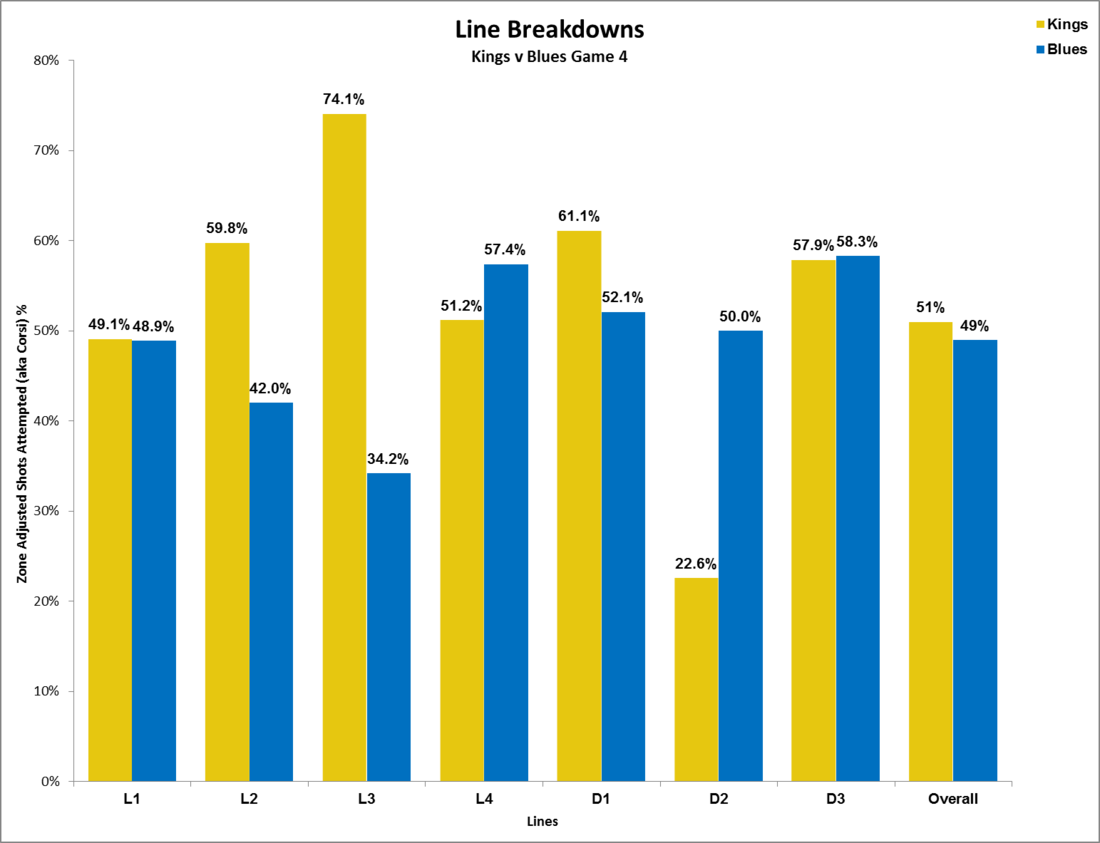 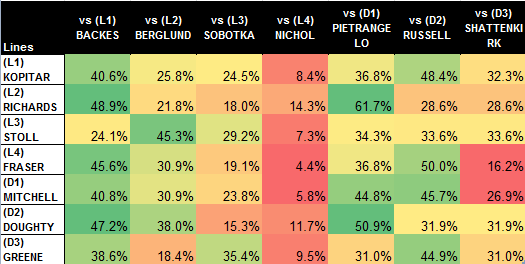 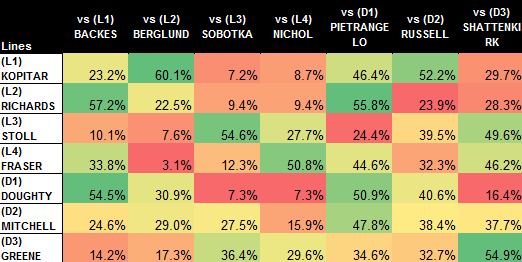 Others in the series: Preview, Game 1 and Game 2.