Some have been resting part of the blame of the Kings' two game skid at the feet of Simon Gagne being in the line-up over Brad Richardson. Since he has been in the line-up, the fourth line's numbers have improved both in possession and scoring chances.

In the first two games of the final, Brad Richardson was -3 in shot attempts and -3 in scoring chances. In Gagne's 3 games he has been +10 in attempts and +6 in scoring chances. In addition Gagne's ice time has increased in each game and he even saw 3 minutes of ice time with the top line in Game 5. This would be a sign that the staff feels like he's in pretty good game shape.

Simon Gagne being currently in the line-up is making the Kings a better team.


Now, let's take a closer look at the numbers for Game 5: 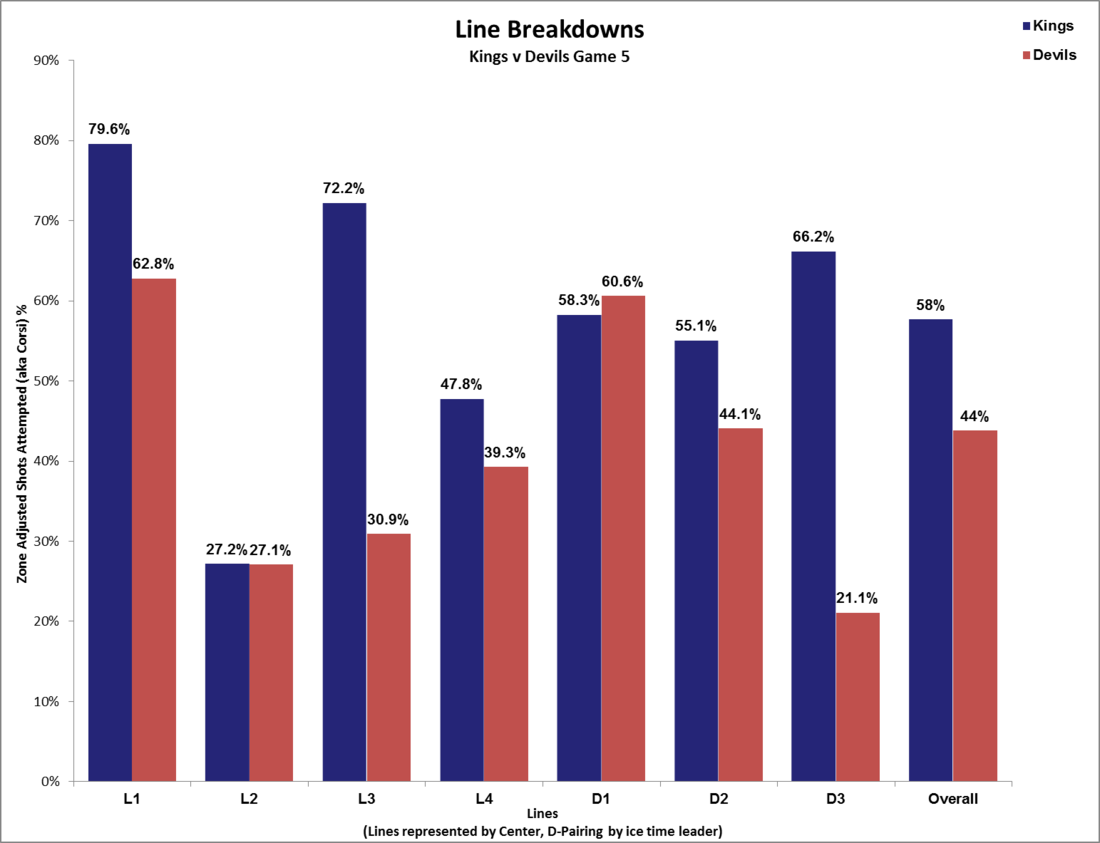 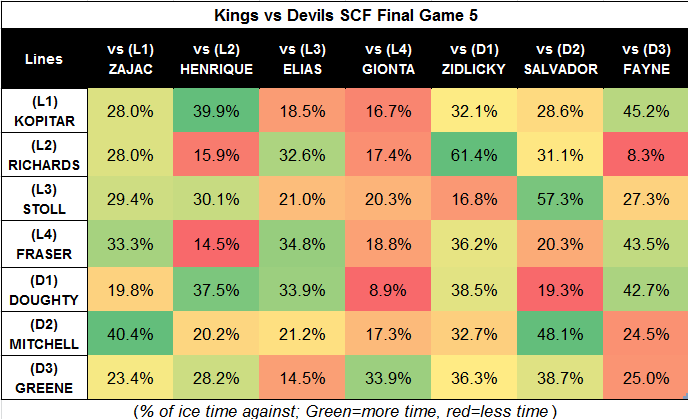 Thanks to Corey S. for all scoring chance data used in this post.