The Devils came into LA for Game 3 in desperate need of a win. They exerted a lot of effort and ramped up their forecheck. They destroyed the Kings in the possession battle. But in the words of John Wooden, "never mistake activity for achievement." The Kings won the scoring chance battle for the game 16-15. That is even with the Devils having 7 more minutes of power play time. In fact, the Kings out-chanced the Devils 16-11 before notching their fourth goal of the game (note: scoring chance data from Corey S.).

The Devils pressure resulted in few scoring chances due to stellar play from the Kings defensive zone coverage (both from defensemen and forwards). The aggressiveness of the Devils defense in pinching hard to try to keep the puck in the zone resulted in many quality counter attacks. Also the Devils poor puck handling along the blue line along with forwards not being able to get traffic in front of the net was their undoing.

Now for the numbers: 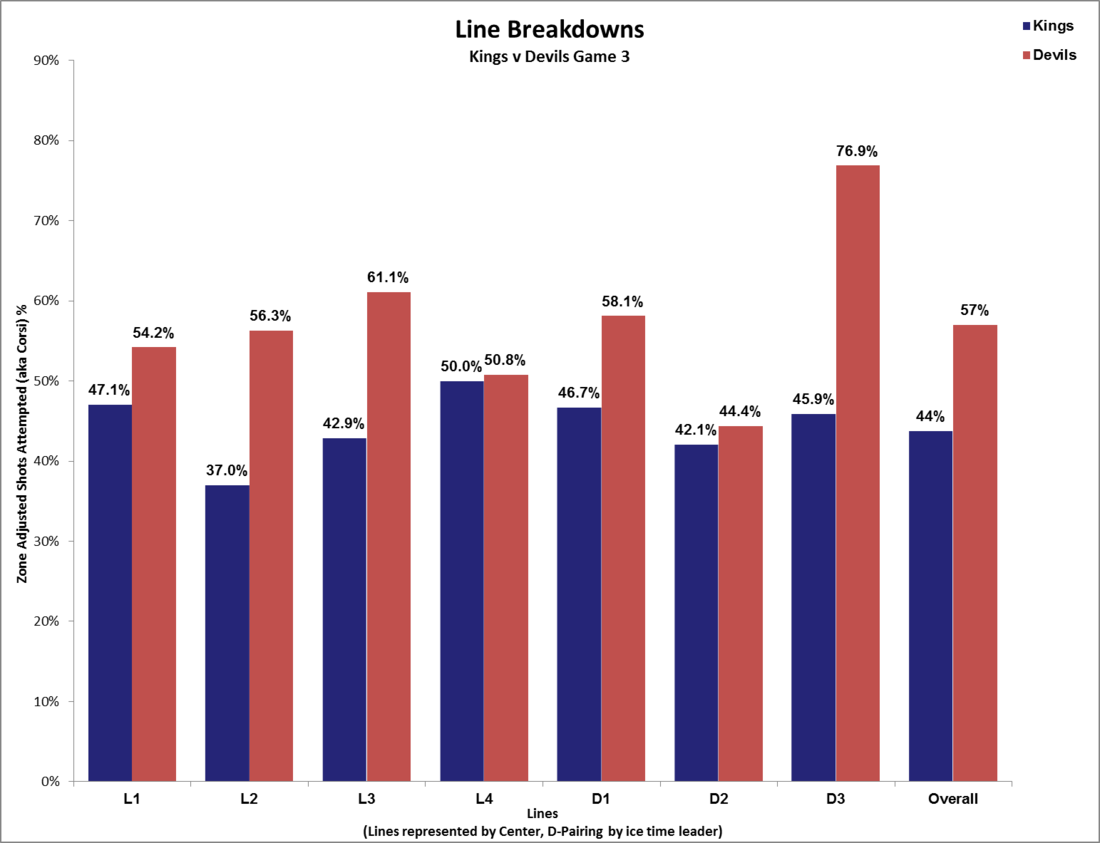 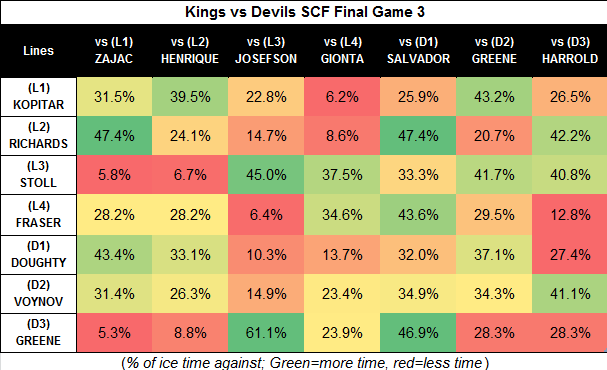