Robyn Regehr Sliding Out Of The Play dot gif

Share All sharing options for: Kings @ Lightning: Grades and Analysis

Defensive miscues allowed Tampa Bay to skate past the Kings. Eric has the game recap here.

Most of the time, teams don't lose games 5-1 by sheer bad luck. The Kings were an extremely poor defensive team tonight. Every single defenseman can look at a play or three or five in this game and say, "I probably should've have done just about anything else here." That coupled with Jon Cooper's genius-by-results line-deployment strategy provides a pretty large meltdown for LA. If teams choose to copy Cooper's strategy, it's going to be up to the Kopitar line to take advantage of their softer matchup. There's no excuse for Val Filppula, Alex Killorn and Richard Panik to keep Kopitar's line as well in check as they did. Kopitar's line has to make the opposing coach look bad or that coach can just use his most skilled players to run over LA's mediocre depth. I'm not sure what more Sutter can do when this happens. His adjustment to put Lewis on the Nolan line worked out as well as you could have expected. This one's on the players. Kopitar has to come through. 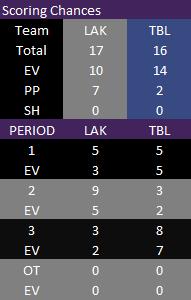 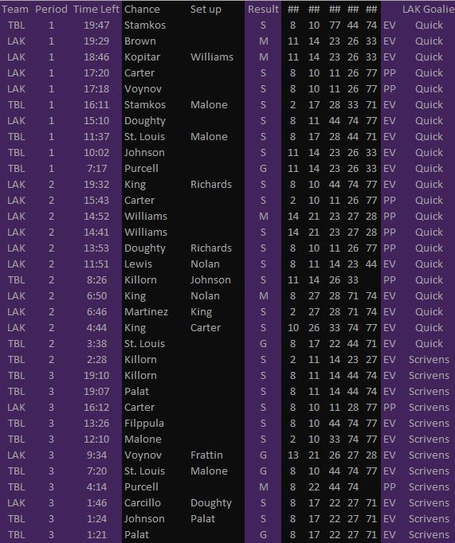 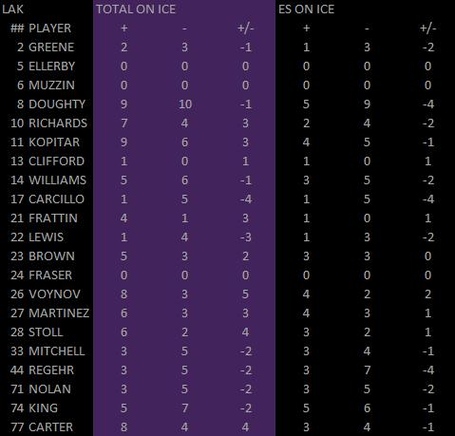