It's really tough to look at the #fancystats when a team goes up big early. They get skewed by score effects and become less reflective of the actual story of the game. Phoenix took an early offensive-zone penalty that let the Kings get the scoring going right off the hop and the game was never normal from that point on. At any rate, we'll see what we can find in the numbers. Kinda. 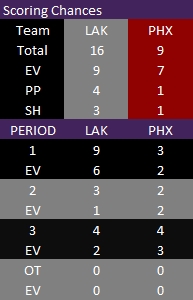 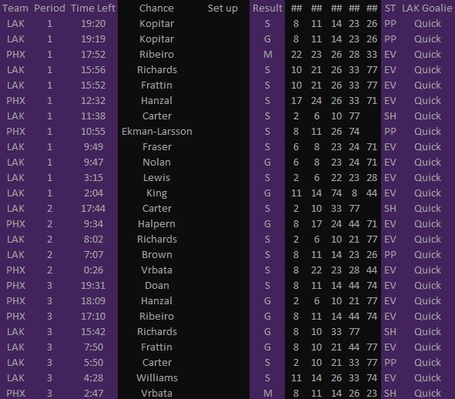 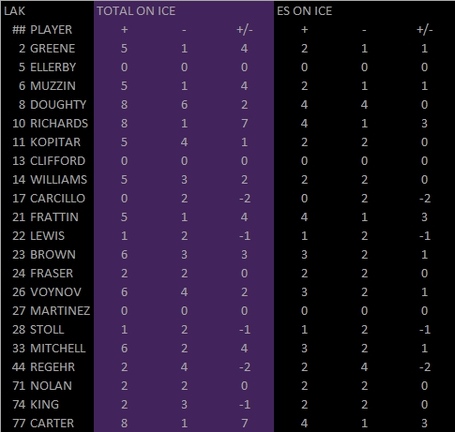