Logan Couture was once again right in his analysis: the Sharks would not have beat the Kings no matter what.

Share All sharing options for: Sharks @ Kings: Grades and Analysis

The Kings came from behind three times to snag a pair of points in overtime.

After making a mistake on the opening shift, Kopitar became a machine. L.A. allowed 2 5v5 shot attempts for the rest of the game when he was on ice.

The Doughty/Muzzin pairing was reunited against San Jose, and they were outstanding. 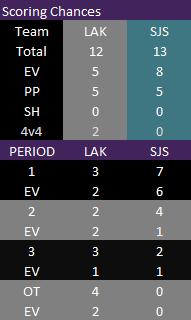 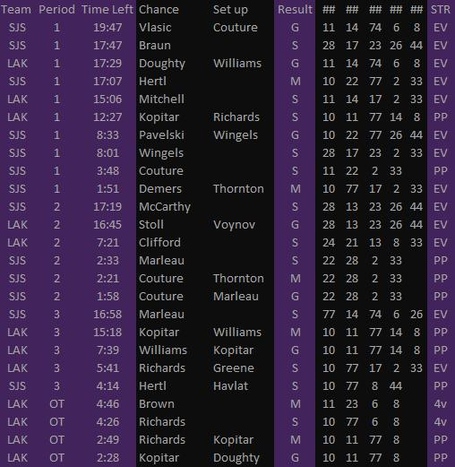 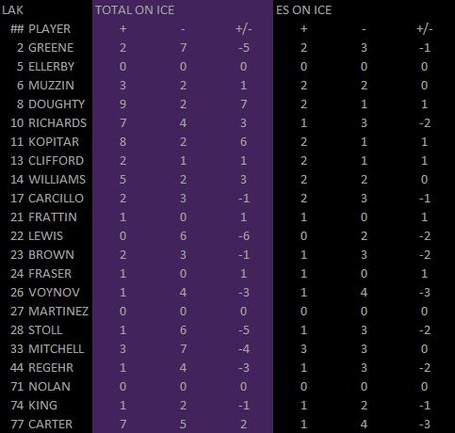