In overtime, Dustin Brown proved beyond a reasonable doubt that he played with Jack Johnson for too long.

Share All sharing options for: Relive the Horror - Devils @ Kings: Grades and Analysis

Or maybe not. It's important to remember that the Kings are 6-0-2 in their last 8 games. They played well Thursday night. It seems as if they were once again bested by a good goalie. I can't tell you why it is happening to the Kings a lot right now, but it's worth noting that they've also seen some weak performances by opposing goalies in recent memory. Basically, it balances out. Not for any rhyme or reason. In fact, "balances" isn't the right word. The ledger will never be totally even, but the Kings will see some clunkers by the opposing goalie several times before the season is up. 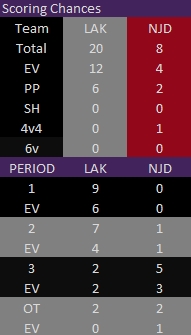 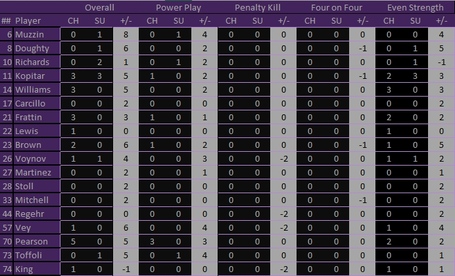