What the heck is going on in the Pacific Division?

This is the first of a new monthly series here at JftC. At the end of each month we'll keep track of how each team in the Pacific is trending in key areas of the game. Those key areas being possession and puck luck. The way we'll track those is through using two fancystats known as Corsi and PDO.

We took a shot at explaining Corsi here. But one key takeaway from that article is that possession numbers are a better predictor of future wins than past wins are.

PDO is a way to track luck (or variance) in the NHL. All it entails is adding together shooting percentage and save percentage at 5v5. League average is always 100%. When a team is way above or below that average, some serious regression toward the mean might be on the horizon. 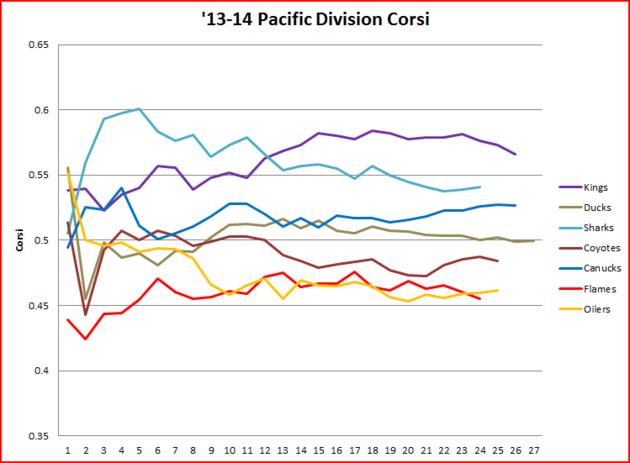 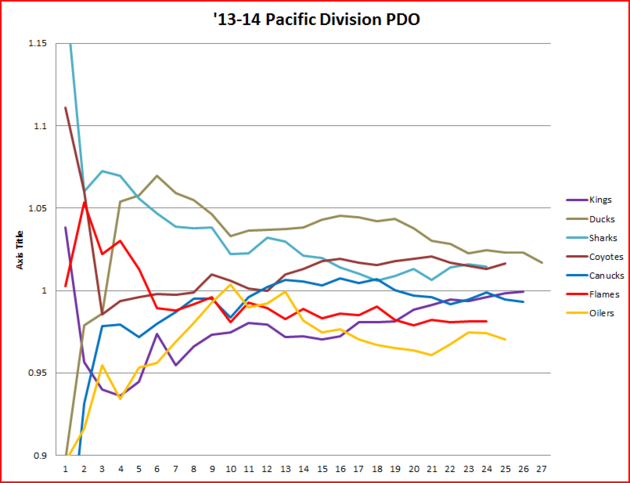