The Kings are playing an exciting new game that makes you figure out which healthy scratch is the most depressing. Saturday belonged to Linden Vey.

Share All sharing options for: Predators @ Kings: Grades and Analysis

For the umpteenth time this season, the Kings heavily tilted the ice toward the opposing goal, only to lose in depressing fashion.

Voynov went+5/0 in EV chances while Regehr went +4/0. They were territorially dominant, controlling nearly three-quarters of the shot attempts that they were on the ice for.

Quick managed a .200 SV% on scoring chances in the game 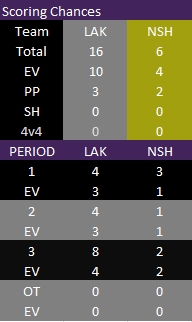 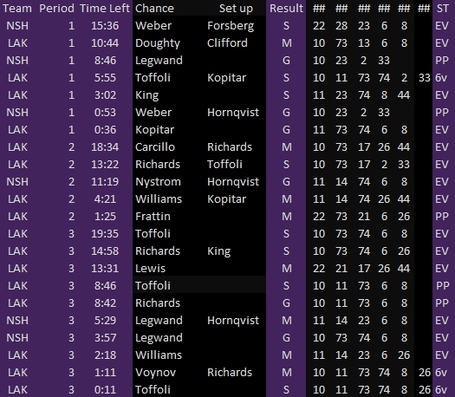 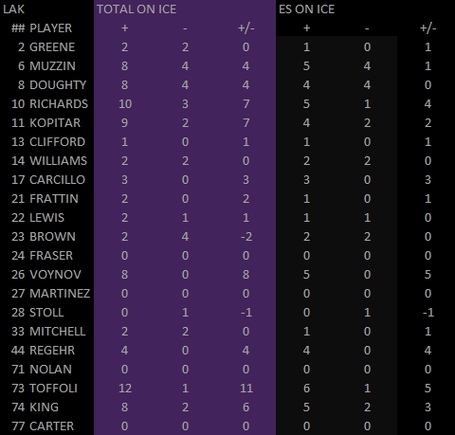 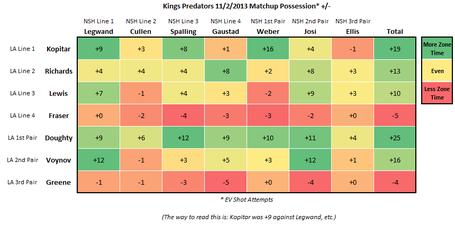