Share All sharing options for: Kings @ Blackhawks: Grades and Analysis

Predictably, the Kings came out flat against a motivated Blackhawks team. It seems as if two back-to-backs in less than a week was too much for them to handle, as the Kings never really got anything going on Sunday night. Eric has the game recap here. 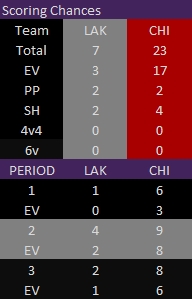 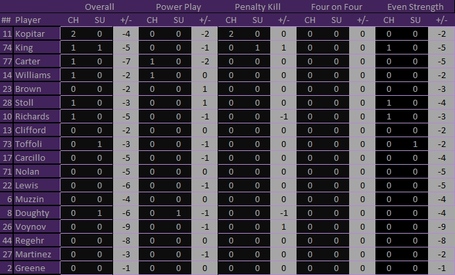