Deck the Hall with blows to the body.

Share All sharing options for: Oilers @ Kings: Grades and Analysis

Maybe it wasn't as cathartic as I would have liked (three or four more goals next time, please), but the Kings took it to the Oilers for most of Tuesday night's affair. Eric has the game recap here.

Special Teams: Do I really need to spell this out for you 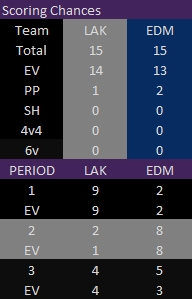 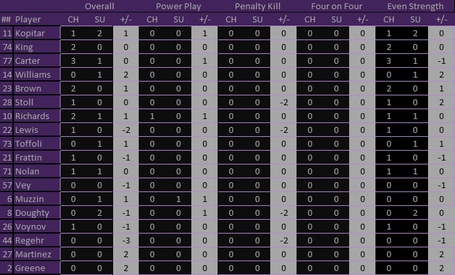