In advance of tonight's matchup between the Los Angeles Kings and the Anaheim Ducks, the teams have revealed the shiny new jerseys they'll be wearing at Dodger Stadium on January 25. View the full announcement video here.

As previously announced, the Kings are going with the NHL's first primarily gray jersey... 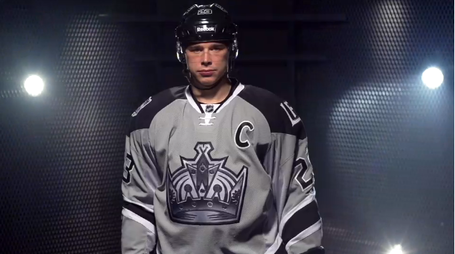 ... while the Ducks are all in with orange. 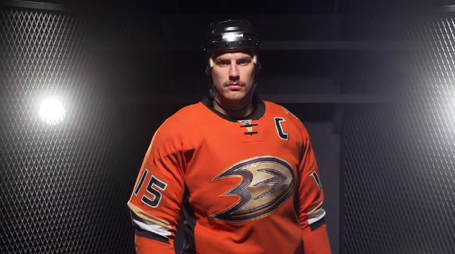 Quick runthrough: The crown is back, the stylized LA logo on the shoulder corresponds with an OC logo on the Ducks' shoulder, there is black and white, there is no purple.

I think we can agree that Dustin Brown looks better in his jersey than Getzlaf does in his, but do you approve of the Kings' jerseys? Vote in the poll and give us your opinion in the comments.