The Kings continued a trend of stellar defense in their shutout of the Isles.

Share All sharing options for: Islanders @ Kings: Grades and Analysis

It took awhile, but the Kings exploded after Anze Kopitar cooked Travis Hamonic to score the game's opening goal late in the 2nd. Eric has the game recap here. 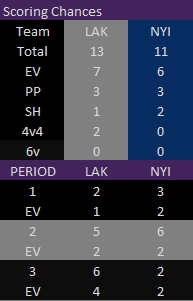 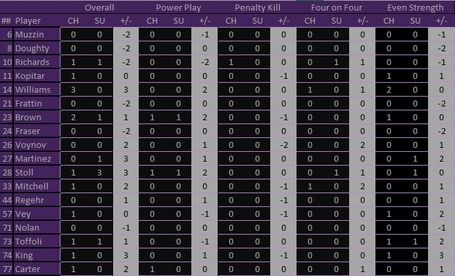