Howard is hung out to dry.

It may be early in the season, but the Kings already have a Sickest Goal of the Year candidate.

With less than five minutes left, a puck battle ensues along the wall, Ericsson falls down, King chips the puck back to Kopitar, and that's when things go sideways for poor Jimmy Howard.

And his legs. Those go sideways too.

Now, where have we seen that stunned coach look before? 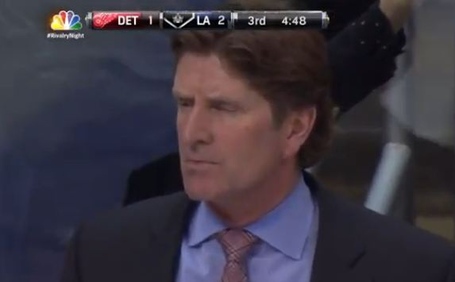 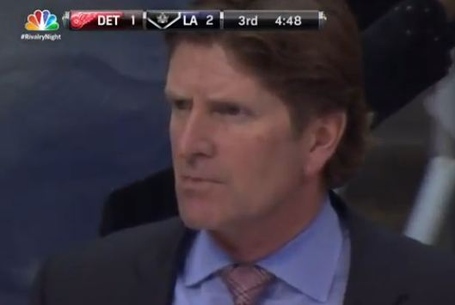 I think Dave Tippett needs to invite Babcock to his support group.

Dustin Penner paid tribute to this magical backhand with a clip from White Men Can't Jump:

At 3:20 in This is what went through my head when @anzekopitar got the puck @ericlevit #KOPIblaa youtu.be/-n3p6KSVcN8 #C rt r