Ex-Kings Usage; How are former Kings doing on their new teams?

Share All sharing options for: Ex-Kings Usage; How are former Kings doing on their new teams?

I thought it might be interesting to pull together a group of Kings that have been shed from the roster in recent years and look at how they are being used by their new teams. To do this I pulled together some key numbers from this season and created a usage chart.

First, a quick explanation about what this chart is and how it works. Player usage charts are the brainchild of hockey analyst, Rob Vollman. Basically, the chart is an attempt to see how a player is being used and how they have impacted team puck possession.

The vertical (Y) axis uses Quality of Competition (aka Corsi Rel QoC). This stat assesses the average possession numbers of a player's opponents. Using it, you can get a pretty good idea about which players a coach is sending out against the opponents' best lines. The higher the number, the harder the competition.

OK, now for the chart: 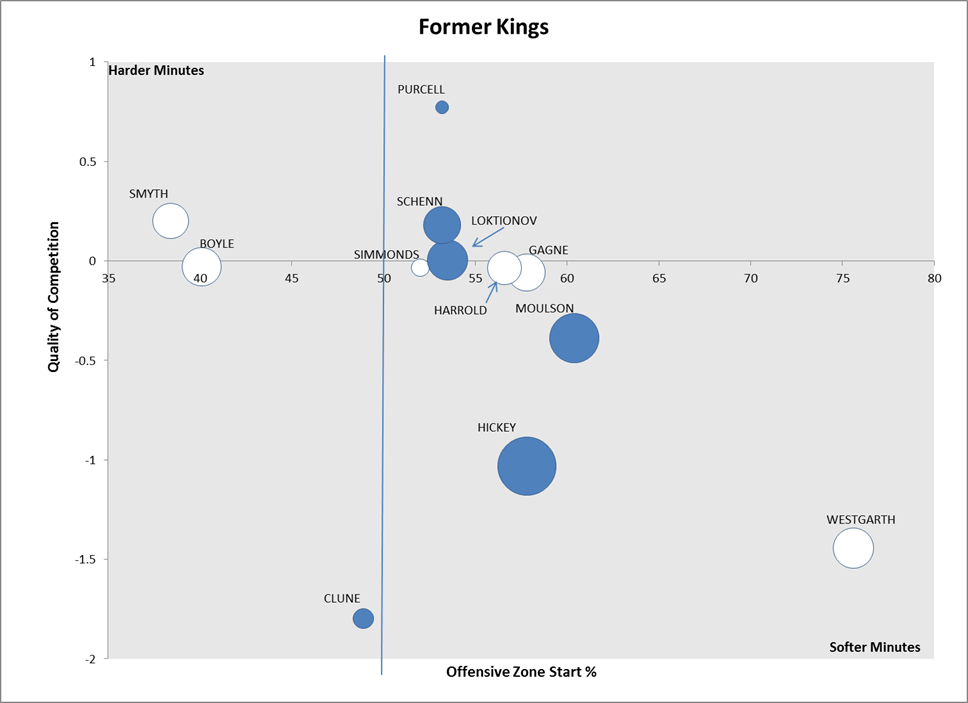 
Most of these castoffs have moved on and performed well. While it's easy to moan about what could have been had they found a way to keep a few of these guys, what is really notable here is just how deep the organization has been under Dean Lombardi. Not only has he put together an elite, Stanley Cup winning squad here in L.A., but several of the players he's parted ways with would form a very solid core for another team.
.