Kings won 4-0 in one of the few games where they lost the possession battle. What were some of the factors in their victory?

Share All sharing options for: Kings vs. Coyotes: Game Grades and Stat Analysis

If you're unfamiliar with shot attempts and scoring chances, check out these links to see why they are important: Corsi - Scoring Chances.

Phoenix Lines (note: As opposed to this link, I considered the Ekman-Larsson pair to be D1) 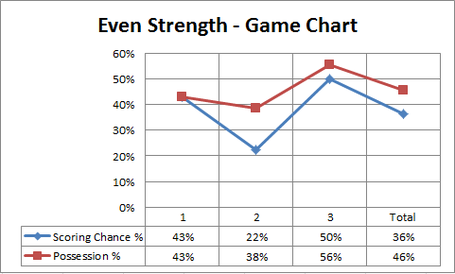