Before tonight's game let's take a look at how Darryl Sutter has used his forwards this season and see if we can find anything interesting.

First a quick explanation about what this chart is and how it works. Player usage charts are the brainchild of Rob Vollman and I have modified them here slightly. Basically, the usage chart is an attempt to see how a player is being used and how they have impacted team puck possession.

The vertical (Y) axis is what I've modified. The original chart uses Quality of Competition. I've changed that to Time on Ice per 60 minutes because the Quality of Competition stat can be a little noisy in smaller samples. Time on ice is a good substitute because the Kings tend to match their best players against the opposing teams best players (I've also been tracking this and will have a post on it soon). We can reasonably assume the more time a Kings forward is getting, the harder the competition.

OK, now for the chart: 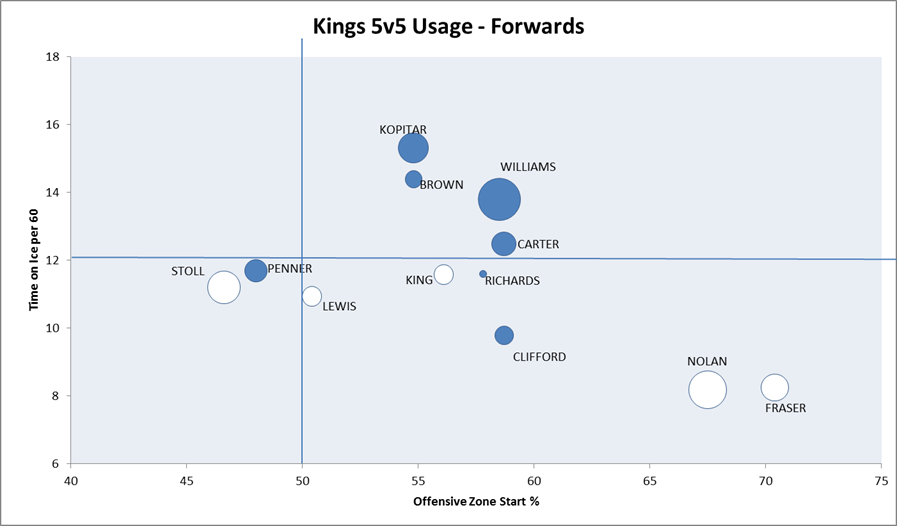