How did Ken Hitchcock and Darryl Sutter choose to deploy their players in round 1? What were the results?

As the Kings wait to see who they'll be facing in the next round, let's take a look at how some the matchups brokedown in their first round series against the Blues. Going into the playoffs, one of the more intriguing aspects of the Kings-Blues series was seeing how two deep and strong puck possession teams would fare against one another.

Which matchups would win out? Would the Kopitar line continue its recent dominance over the Backes line? Would the new acquisitions along the Blues blueline improve their fortunes against L.A? Both teams featured two very strong 3rd lines, which one would gain the edge? 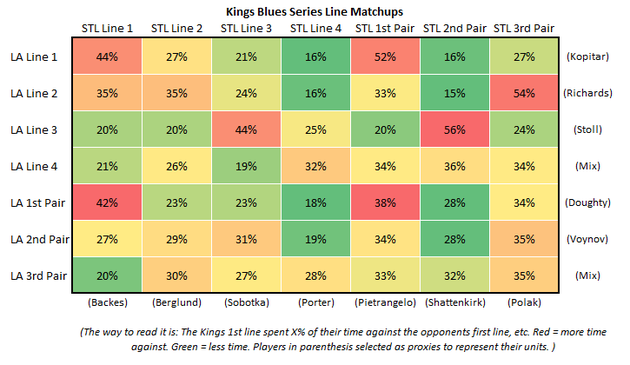 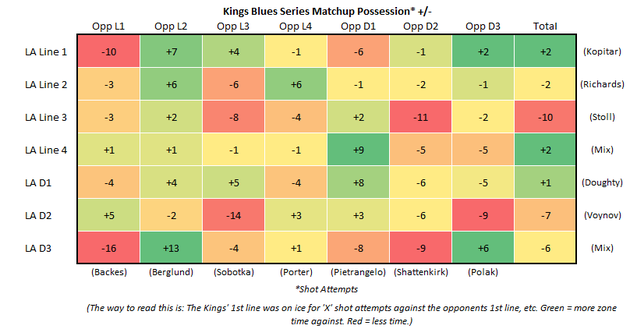