L.A. had a groggy first period, but battled back late. It wasn't nearly enough to earn a victory, but are there any positives to take from game 4?

Share All sharing options for: Kings vs Sharks Game 4: Grades and Analysis

The opening period of last night’s game may have been the darkest of the season for the Kings. L.A. was dominated in every facet of the game and appeared to have no answer for Joe Thornton as they couldn’t even attempt a shot while he was on ice. Things did get a little better for the Kings as the game wore on and, for the first time in a while, seemed to find their game in the third.

One thing of note came from TSN’s broadcast from last night’s game. They interviewed Kings’ assistant Bill Ranford at the break and asked him what stats he found most disconcerting following the first period. His answer was Corsi. We’ve suspected for a while that the Kings look at shot-based metrics, but this is the first time we’ve encountered anything on record.

Let’s take a look at how those metrics played out for the rest of last night’s game. 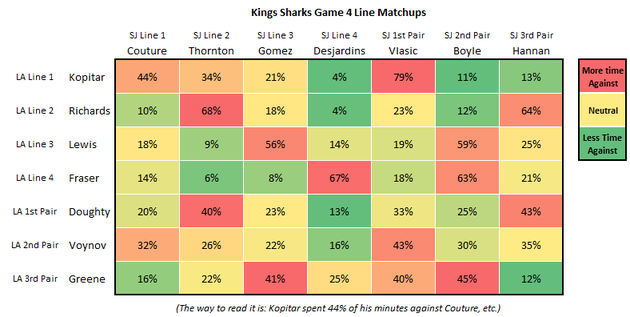 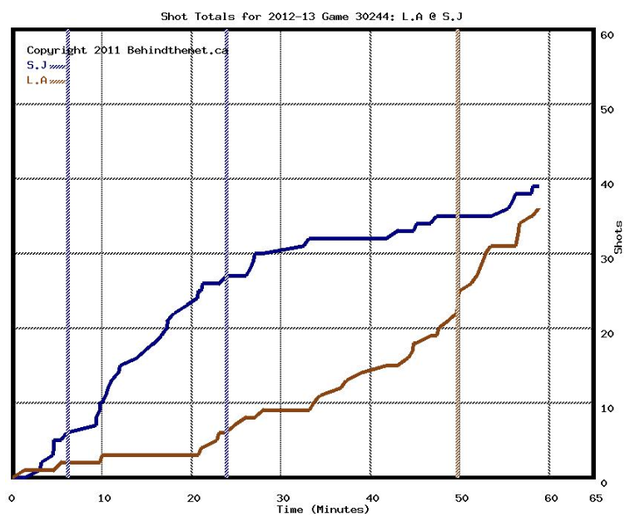