Fact or Fiction: Did Mark Spector get his Facts Straight about the Kings?

Share All sharing options for: Fact or Fiction: Did Mark Spector get his Facts Straight about the Kings?

In a new series here at JftC, we'll be playing a game called "Fact or Fiction?". We'll explore whether or not claims being posited as facts by various hockey scribes are indeed so.

For our first installment, we'll take a look at Mark Spector's recent takedown of the Los Angeles Kings' brand of hockey.

Without further ado, let's dive in:

The fact that large tracts of each Kings game are played in neutral ice, with two teams ping-ponging the puck back and forth into each other’s possession, is simply part of the process.

Is it a “fact that large tracts of each Kings games are played in neutral ice”? Well, I guess we’d have to define what we mean by “large tracts”. What Spec’s statement here seems to imply is that Kings games are played in the neutral zone far more often than most teams in the NHL. Maybe even more than any other team. Luckily, we can explore whether or not this is a true statement based on shot attempts.

If it’s true that Kings games are played far more in the neutral zone than others, then that means we’d probably see fewer attempts in general during Kings games compared to other teams. So if we add up shot attempts in Kings games over the past two seasons and adjust it to per 60 minutes of ice time at 5v5 we get 106.1 attempts. That’s 106.1 attempts total from the Kings and their opponents in all regular season games played over the last two years.

Where does that put them relative to other NHL teams? 10th fewest in the NHL. So while they do seem to play relatively low-event hockey, it isn’t an extreme amount. The Devils are 1st in the NHL in this metric with only 91 attempts for every 60 minutes of 5v5 hockey. That is a whopping 15 fewer attempts per game in Devils games. Other notables with fewer total attempts than the Kings? Chicago with 104.4, Detroit with 103.3, St. Louis with 102.8, Minnesota with 105.4 and Anaheim with 105.9. That’s 5 teams in this year’s playoffs that seem to have played more of each of their games in the neutral zone than L.A.

It is hard, heavy hockey, respected nearly unanimously by those who played the game (but who generally don’t spend a dime on tickets).

Hmm. I searched the internet to see if there was any evidence to support this. Although, I think a rational person can conclude this is totally made up and wrong. I mean people who have played the sport of hockey generally don’t buy hockey tickets? I would guess that the opposite is true but that’s just a guess. Anyhow, because I’d just be guessing, I certainly wouldn’t put it in an article and present it as a fact—but that’s just me. Like, I’d like to think that monkeys would be great helicopter pilots. Just because I want that to be true, I’m not going to go around claiming that monkeys make great helicopter pilots.

Verdict: Statement is unproven. The burden of proof here is on Spec. So until proven otherwise...Fiction!

It is the same way two professional arm wrestlers marvel at a 15-minute match, while an outsider would see only grunting and sweat.

The Kings are last in the NHL with an average of 24.6 shots per night during these playoffs. They rank last offensively among teams that made it past the first round, averaging exactly 2.00 goals per game in these playoffs.

Getting the puck towards the other team’s net in a dangerous fashion, an element of hockey still prized by some, is — statistically speaking – less important to the Kings than any other club.

Uh, well that is a weird way to interpret the stats quoted in the previous paragraph. So let me get this straight, because of the last 13 games the Kings have played, a small sample of games which happen to be against two teams that are among the strongest in the league at suppressing shots (St. Louis is 2nd over the past 2 seasons at 5v5 and San Jose is 9th), they care less about trying to score than any other single club in the entire NHL? Well I guess I’d be willing to buy this if these stats held true over larger samples of data. First, let’s see what their shot output looked like last year in the playoffs when the Kings won the Stanley Cup.

Of all the teams that made it out of the first round last year, the Kings averaged the most shots on goal of any team. They also scored the 3rd most goals of any team in the entire playoffs. It seems liked they cared last year. I'd guess if they cared last season, they would continue to care about it since they won the championship. Maybe it’s not about caring? Maybe it’s about the tough competition they’ve faced so far in these playoffs?

Perhaps, I haven’t presented enough evidence refuting the assertion that the Kings don’t “care” about trying to score. Let’s dig a little deeper. At 5v5 over the last two years, L.A. has recorded 30.3 shots on goal per 60 minutes of ice time. Where does that put them among other teams in the NHL? 7th. How about unblocked shots? 43.6, good for 3rd. .9 shots less than the number 1 ranked Boston Bruins. It's been shown that there is heavy correlation between these shot totals and scoring chances. So if you're getting a lot of shots through you probably care about scoring. Also of note, the bottom 8 teams who didn’t seem to care about trying to get shots through over the past two seasons all missed the playoffs.

And so they have become the New Jersey Devils of the new millennium.

It is intense and sweaty hockey to be sure.

But that’s all subjective. It’s chocolate and strawberry ice cream — you like one, I like the other.

Here’s what is not subjective, however.

A crucial element in sport is unpredictability. We all love a two-hit shutout in baseball, but if we witnessed one two of every three games, it would become boring. Predictable.

Same with 2-1 playoff games in hockey. When we know that a 2-0 is insurmountable — or when the Kings-Sharks series ends and the team who scored the first goal won all seven games — a level of unpredictability is stripped away.

In game 2 the Kings had a 2-0 lead, the Sharks came back and took a 3-2 lead. Then the Kings regained the lead late and won 4-3. That in and of itself proves that it is not a fact that leads in this series were insurmountable.

Also in game 7, Joe Pavelski was inches away from rendering the Kings 2-0 lead surmountable.

Hockey is, like art, an individual thing. Just because the current game doesn’t meet [...] my eye, it doesn’t mean it is bad.

What is not subjective, however, is this fact: the last time winning teams like New Jersey and Dallas played with such little offence, the league grew concerned. And the last time we recall a seven-game series when the team that scored first won all seven games was the Tampa Bay Lightning vs. Calgary Flames in the Stanley Cup final in 2004.

And the last time I went cherry picking, guess what… I got quite a few cherries. Yeah, that's right I go cherry picking sometimes. So what? It relaxes me.

Anyhow, I also doubt that the NHL is getting too concerned about a team’s 13 game run of slumping offensive numbers when their body of work over the past two seasons suggests they are capable of producing shots at a higher level. Especially when those 13 games were against tough teams that play strong defense. I further doubt they are concerned when the games nearly all went down to the wire and are breaking ratings records.

So the final verdict count is 2-7. A -5 fact differential. Thank’s for playing Spec, but I’m afraid you are not a winner today. As a consolation prize, JftC will be sending you some more glitter to sprinkle over your hair and goatee. 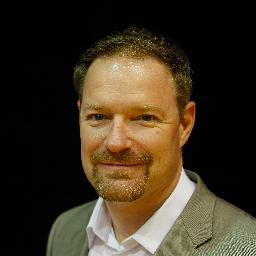