Share All sharing options for: Kings vs Blackhawks Game 2: Stats and Analysis

The Kings have been battered and beaten through two games against Chicago. Last night, the game was never in doubt as the Blackhawks jumped out to a 4-0 lead midway through the second. Still, even in spite of the blowout, it seemed like the Kings' game took a step forward in game 2.

Given that the game was heavily affected by the score, I decided not to do game grades for this post and am just going to put up the numbers with a few observations.

Be sure to check out Eric's excellent recap of the game: here. 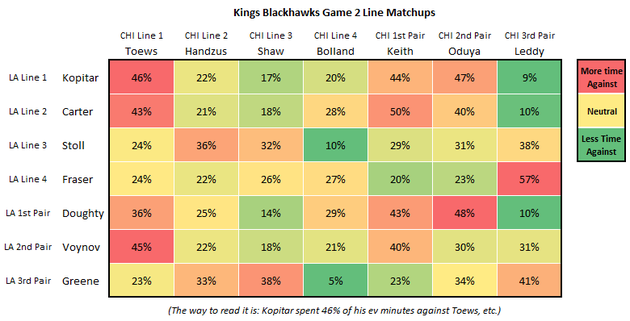